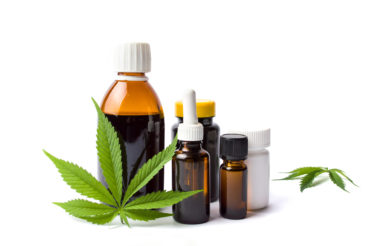 A bill making it legal for Canadians to possess and share up to 30 grams of dried cannabis for recreational use was passed into law June 21. Prime Minister Justin Trudeau has reportedly said recreational marijuana will be legal in Canada, effective Oct. 17, 2018.

Medical marijuana has been legal in Canada for several years due to a series of court decisions that struck down several laws.

“There are lots of carriers and MGAs trying to figure out” whether they are going to provide insurance to the marijuana industry – and if so how they are intending to cover it and price it, Dave Bresnahan, executive vice president of Berkshire Hathaway Specialty Insurance, told Canadian Underwriter last week.

The legalization in Canada of recreational marijuana “is a big opportunity and I think people are still in the throes of trying to figure that out,” Bresnahan added.

But capacity in Canada is limited, Sinclair said June 22 in an interview. The “entire cannabis supply chain” needs to have insurance coverage – such as product recall and contingent business interruption. Cannabis vendors also need product liability coverage, she added.

Asked whether the issue is that existing insurers are not offering high enough limits or whether product liability insurance for cannabis is hard to place, Sinclair said there is a “limited number of players” offering product liability to cannabis producers in Canada.

“As regulated as the industry has been in the medical side, so far, there are still patients smoking hydrogen cyanide that were created by banned pesticides [used] during the growing  process,” Sinclair noted.

Asked whether the product liability risk is whether a non-cannabis substance is accidentally put in a cannabis product or whether cannabis poses a health risk to consumers in any case, Sinclair replied, “I would really hesitate on commenting on long-term effects.”

The Canadian Medical Association notes there is “insufficient evidence on risks and benefits” of medical use of cannabis and there are “significant” risks associated with cannabis use.

3 Comments » for In search of cannabis product liability coverage