As Canadians carry on their love affair with condos, the number of units being built — and the rapid pace of their construction — have indirectly contributed to the severity of condo insurers’ claims costs, says a senior P&C insurance claims executive.

John Slattery, executive general adjuster at Sedgwick, provided his Top 4 list of reasons why insurers’ claims costs are going through the roof Tuesday during Canadian Underwriter’s condo insurance webinar, Build up your Condo Business: How to Succeed in Today’s Condo Insurance Market. Two of his four reasons were related to the rapid-fire construction of condo buildings throughout Canada. 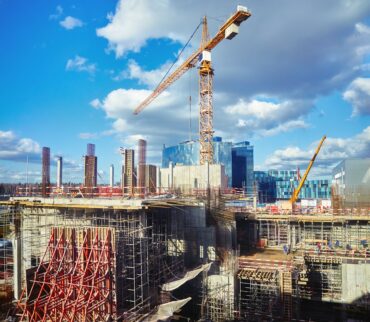 Nearly 1.9 million Canadians lived in condominiums across Canada five years ago, according to 2016 census information from Statistics Canada. Between 2011 and 2016, more than one-third of the dwellings built in the country were condos. In contrast, only 6% of Canadian dwellings were condos before 1980, StatsCan data shows.

“Whenever I drive around the area, or especially the downtown core [of Toronto], I’m amazed at the amount of condominiums that have been constructed or are being constructed,” Slattery said Tuesday on the panel. “This means more buildings, which equates to more claims.”

The factors leading to the severity of claims costs are legion, but Slattery listed four specific ways in which the condo building boom is contributing to high claims costs.

“Being on the ground or in the trenches, what I’ve seen [are] four factors that are contributing to the cost of these claims,” he said. “One is the demand for construction. These buildings and condominiums are being built a lot quicker and a lot faster, at the sacrifice of quality and workmanship.”

Secondly, Slattery noted, the increase in the number of buildings has led to an increase in the pool of property managers, many of whom do not have a lot of experience in the field.

“Through no fault of their own, with the growing market, we have new property managers coming aboard and this is their first time in having to deal with an insurance claim, so they’re not really sure what to do,” Slattery said.

One mitigating factor is that the Condominium Management Regulatory Authority of Ontario is now licensing property managers, and they are now taking educational programs that teach them how to deal with a claim, Slattery said. “So, inexperienced property managers have been a factor, but it is getting much better, at least.” 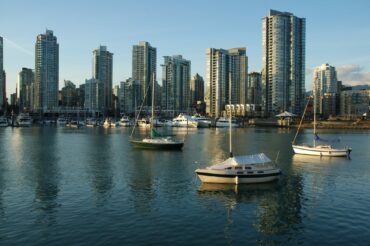 Condo buildings are particularly prone to water damage claims, the severity of which is compounded by ageing infrastructure. These points were raised by webinar panellists Jeff Rodin, president and CEO of Condominium Insurance Solutions, and Lindsey Bellinger, assistant vice president of commercial lines underwriting at Aviva Canada.

Other brokers amplified the point in interviews for a cover story on condo insurance published by Canadian Underwriter in March.

“Toilets overflow,” as Peter Kennedy, Toronto-based senior vice president and national director of the real estate practice for Aon in Canada, told Canadian Underwriter in March. “Sinks back up. The washer or dishwasher connection comes loose. Pipes burst in the building. Whatever the case may be. And when you have an overflow on the 10th floor, the water can run all the way down to the bottom floor. So, you have a larger loss for the condominium corporation.”

Part of what’s leading to the severity of these water claims, Slattery said during the webinar, is inexperienced contractors being called in to deal with a claim in the first instance.

“Unfortunately, what I see is that when there’s been a loss, the wrong contractor has been called in,” Slattery said. “A quick example is that there’s a flood in a building. A janitor or cleaning service is called in to deal with the water loss, versus a contractor who’s been properly vetted and has the proper equipment. We have general contractors who are great in doing residential and commercial losses, but condominiums are unique — they require contractors that know what they’re doing.”

Finally, said Slattery, delays in reporting are driving up an insurer’s claims costs. “I truly believe the sooner an insurance professional’s involved, the sooner we are able to control the costs of the claim,” he said. “We need to encourage our property managers to contact their broker and notify us, and to use preferred contractors in trying to control the costs.”