Michael Holden was named president of Sedgwick-Cunningham Lindsey’s combined operations in Canada on April 18, two days after the merger was completed. Both Memphis, Tenn.-based Sedgwick and Tampa, Fla.-based Cunningham Lindsey have offices in Canada. 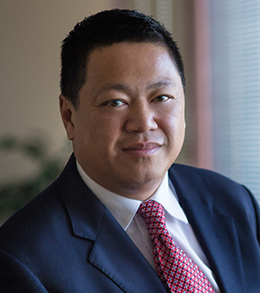 Albert Poon was most recently president of Cunningham Lindsey Canada.

Holden said Poon is very well-respected within the industry and will certainly be an integral part of the team moving forward. “We are in the process of finalizing the remaining structure as we complete a tour of all Cunningham offices and meet with our new colleagues across Canada,” he said.

The combined organization, including the subsidiaries of Sedgwick, Vericlaim and Cunningham Lindsey, with select exceptions, will move toward operating globally under the Sedgwick brand name, Sedgwick said on April 16.

Poon joined Cunningham Lindsey in 2007, bringing with him over 17 years of insurance industry experience. His most recent position as president of Cunningham Lindsey Canada follows past roles as chief operating officer, senior vice president and executive director, and director of risk management and business relations.

For his part, Holden has led Sedgwick and Vericlaim operations and business expansion in Canada since 2016. During his 30-year career, he has worked in all aspects of insurance, brokerage and claims management, including loss adjusting, underwriting and business development.

Holden said the acquisition is about growth and improved service for customers in a competitive and complicated industry environment. When asked about his strategy for Canada going forward, Holden said the focus is to concentrate on promoting and expanding the Sedgwick culture of “caring counts.”

“The expertise of our adjusters is a distinguishing factor of our newly combined companies and will drive future success,” he said.