Selling your motorhome? Better fix up that cracked windshield first

Selling your motorhome? Your insurance claim for a new windshield does not transfer over to the new owner of the motorhome, the B.C. Civil Resolution Tribunal confirmed recently. 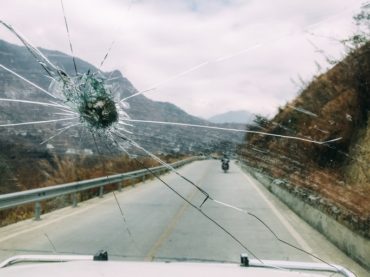 The tribunal thus rejected a claim that the province’s public insurer, Insurance Corporation of B.C. (ICBC), had breached its insurance contract and acted in bad faith when it declined to pay for a new windshield for a motorhome after it had been sold to a new owner.

Michael Bull’s motorhome was insured under an ICBC policy that expired on June 18, 2019. The policy contained optional comprehensive coverage with a $200 deductible. Comprehensive coverage provides coverage for loss or damage in situations where collision coverage does not apply — a damaged windshield, for example.

Bull told the tribunal that his motorhome’s windshield was damaged in September 2018 and the problem worsened in October 2018. He submitted a claim to ICBC, but had difficulty finding a suitable vendor to provide him with a new windshield. Once he located a vendor, the new windshield could not be installed right away, since it had to be shipped from another jurisdiction.

Bull transferred the ownership of his motorhome sometime before the windshield was replaced. He did not cancel the insurance policy, which was in force until June of 2019. ICBC declined to provide coverage for the new windshield due to the transfer of ownership.

Bull sued ICBC for the cost of the new windshield, $2,200, arguing that the insurer was obliged to cover the loss because it occurred during the coverage period and ICBC agreed to provide an indemnity for it, subject to the deductible. He says ICBC relied on “in house” rules and directives known only to its employees to deny coverage. He took the position that ICBC breached its agreement with him and acted in bad faith by modifying its agreement without notice to him as the policyholder.

The insurer, meanwhile, said claims can only be made by the insured named in the policy in effect at the time of the loss and that claims are not transferable. ICBC noted, for example, that vehicles sold privately or through an auction house must have all claims initiated and work completed prior to the sale. ICBC stated that no estimate or appraisal is honoured once a vehicle’s ownership is transferred, and a new owner cannot present a claim on behalf of a previous owner.

According to section 61(5) of the Insurance (Vehicle) Act, the coverage under the optional insurance contract terminates if the coverage provided by the certificate or policy terminates. And that, in turn, happens when an “insured” is no longer named as an owner in the owner’s certificate.

“Whatever ICBC’s internal policies may be around repairs after ownership changes, I find that the applicant has not established that, under the terms of his policy, his insurable interest in the motorhome continued after he transferred the ownership to the buyer.”

1 Comment » for Selling your motorhome? Better fix up that cracked windshield first