A bill currently before the Senate will, if passed into law, restrict the promotion of electronic cigarettes. 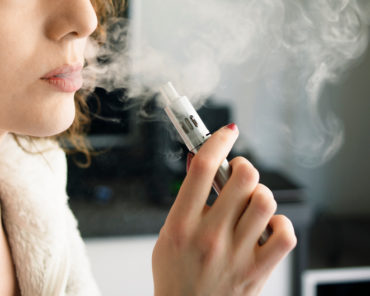 Bill S-5 was the subject of hearings last month before the Standing Senate Committee on Social Affairs, Science and Technology.

The bill – which has yet to be tabled in the House of Commons – proposes to prohibit, with some exceptions, the promotion of “vaping” such that a person could be lad to believe there are health benefits.

Debate on Bill S-5 was adjourned May 18, after being returned from committee with amendments.

If e-cigarettes “are proven to be more harmful to health than presumed today, respiratory diseases or other health problems may increase and trigger liability claims similar to tobacco claims in the past,” Swiss Re said at the time.

“The reality is that it is impossible to know the long-term effects of vaping or the effects of inhaling vapour and particularly vapour containing nicotine at this point in time,” Senator Jane Cordy said May 18, 2017 during debate on third reading of Bill S-5. Among other things, Bill S-5 includes proposed changes to the Non-smokers’ Health Act and the Tobacco Act.

One provision in the bill prohibits the promotion of vaping “in a manner that could cause a person to believe that health benefits may be derived from the use of the product or from its emissions.” That provision would have some exceptions.

“The amended legislation provides the flexibility for medical practitioners to promote these devices as a tobacco cessation method for those who are looking for help to quit smoking,” Cordy said May 18.

She added she supports Bill S-5 “and the government’s efforts to regulate e-cigarettes and vaping products and the efforts to establish the groundwork to introduce mandatory plain and standardized packaging for tobacco products.”

During second reading of the bill in December, 2016, Senator Chantal Petitclerc said Bill S-5 “would regulate vaping products based on the powers already prescribed in the Tobacco Act, the Food and Drugs Act, and the Canada Consumer Product Safety Act, which are statutes administered by Health Canada.”

Vaping products that contain nicotine or which are claimed to have therapeutic benefit “must be approved by Health Canada before they can be sold,” Petitclerc said at the time. “However, the fact is that even if none of these products has been approved, they can still be found on the Canadian market.”

“E-cigarette parts, liquid and vapour may include variable levels of cancer-causing chemicals and harmful ingredients. These include several types of tobacco-specific nitrosamines, carbonyl compounds (e.g. aldehyde, acetaldehyde, acrolein), and volatile organic compounds,” wrote Dr. David McKeown, Toronto’s Medical Officer of Health, in a 2014 report to the city’s Board of Health. “Although these chemicals exist in significantly lower levels in e-cigarettes than in conventional cigarettes, the long-term health effects of using e-cigarettes remain unknown.”

Among the witnesses appearing in April, 2017 before the standing Senate Committee on Social Affairs, Science and Technology was Daniel David, chairman of the Electronic Cigarette Trade Association of Canada.

David described vaping as a “harm reduction alternative” to cigarettes during a committee hearing April 6.

“Like any other harm reduction product vaping is not completely without risk, but its placement under the Tobacco Act, no matter how well crafted, can never achieve the appropriate balance of risk versus reward,” he told the committee. “We believe the long-term goal should be the proper classification of vaping products as a harm reduction product. Science is catching up to vaping and its role in harm reduction. It is in this context that we strongly urge this committee to include a mandatory, two-year review in the legislation.”