OTTAWA – The federal Liberal government needs to take the wheel when it comes to the development and testing of self-driving cars on Canadian roads – or risk getting run over by the fast-approaching high-tech revolution, a Senate committee warns. 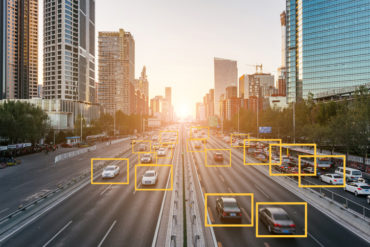 In a report released Monday, members of the Senate’s transport committee described how different departments and levels of government are taking contradictory approaches to automated vehicles: some are hitting the brakes out of safety concerns, while others hope to drive innovation by stepping on the gas.

The federal government needs to better co-ordinate action to avoid playing catch-up the same way provinces and cities had to do with ride-hailing services like Uber, the report says.

It recommends giving the privacy commissioner greater reach over how car companies use drivers’ information, including whether personal information can be monetized, and giving federal cybersecurity officials a bigger role over protecting the new technology from hackers.

The committee also said the government must invest more in its own research to deal with questions of safety, such as how to ensure a driverless car can safely navigate a snow-covered road.

Sen. Dennis Dawson, the chairman of the committee, said government action must be stronger than in the United States, but must also strike a balance to prevent spilling over into the private sector.

“We’re not trying to stifle progress, and we can’t,” Dawson said.

The committee unveiled its 16 recommendations on the same day that Transport Minister Marc Garneau met with his provincial and territorial counterparts in Ottawa. The group agreed to work on a plan to allow for automated cars on Canadian roads, and a federal plan will be made public in the coming months, Garneau said.

Speaking after the meeting, Garneau said he intends to make sure governments don’t fall behind. “We have to certainly work as quickly as possible, but we will not do so if it means sacrificing safety, which I think is paramount for Canadians.”

Fully autonomous vehicles may still be a decade or more away, but companies are already testing prototypes on Canadian and American roads. Carmakers have also introduced assisted-driving features on newer model cars like adaptive cruise control and automated parking.

But it could also lead to job losses in transportation sectors where some 1.1 million people are employed, including truck, bus, and taxi drivers. The Liberals, the committee said, must put in place job re-training programs for those whose jobs will be affected, and ensure sectors like after-market companies can maintain a foothold as new, automated cars hit the roads.