Services related to telematics, not commercial vehicle itself, becoming more of a focal point

A transition is occurring in which the focus is not so much on commercial vehicles as on services, including those related to telematics, that are increasingly becoming available, Sandeep Kar, global automotive practice leader for Frost & Sullivan, suggested Friday at Insurance Telematics Canada 2016 in Toronto.

“Bricks and mortar is giving way to bricks and clicks,” said Kar. Regardless of location or industry in the world, that trend is contributing to redefining the commercial analytics space,” he suggested.

“There used to a time when the truck would decide the services around it,” he told attendees. “Now it’s come to a point where the services decide what the truck should be like.” 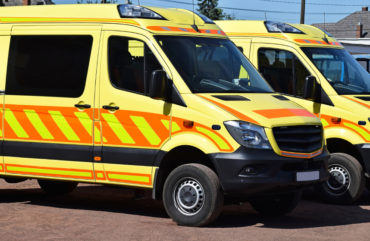 When telematics first came to North America, hardware was very expensive and services were cheaper, Kar said. “Now we’re at a stage where services are more expensive because we’re adding more services: diagnostics, back-office automation, etc.,” and hardware is cheap, he said.

“We’re now moving to another future where both hardware and services will be cheap,” Kar predicted, adding the question will be how to monetize services.

Kar’s view is that a service provider would receive a portion of the savings the company realizes by using the services in question. “That’s how the business of telematics pricing is evolving,” he reported.

Things now in use for commercial fleets – like fuel management, driver management and fleet management – are revenue generators, but represent only the tip of the iceberg, Kar argued. The real traffic generators – such as usage-based insurance, automated driving, diagnostics and warranty optimization – are expected to account for considerably more.

“The iceberg will rise, the market will be $35 billion in size and we all need to take notice and how to monetize this,” he suggested.

The idea is to get a commercial truck into the bay at the right time, every time, Kar said. “Telematics can do that; the problem is not at this stage.”

Right now, “the onus is on the driver or the fleet manager to make the most of the information” received from telematics devices, he said.

Once telematics can be used along with traffic-predicting software, sensors, weather mapping and social media integration, “we’re talking about a future where a telematics device would make smart decisions,” Kar said. “When that happens, that is when we will start seeing the truck driving in the bay at the right time, every time.”

There are now plenty of empty miles on the road, which Kar described as trucks driving around “carrying nothing, creating congestion, creating emissions, creating lost of pain for other motorists and creating a lot of pain for the fleet manager and the driver.” Dealing with empty miles would prove a benefit to the environment, congestion and energy security, he said.

As new kinds of data analytic systems and new kinds of warehouse management systems evolve, they “can enable new kinds of business models” and new value propositions and services, he told attendees.

The market for related services is attracting players, such as original equipment manufacturers, service providers, tier one suppliers, telecommunication companies, energy suppliers and tire manufacturers, Kar said. The ecosystem is growing “pretty rapidly because the market revenue potential is huge, both here in North America and globally,” he suggested.

Value propositions – for example, lifestyle couriers, on-time deliveries and quality control on the move – are “creating demand for new kinds of products in the market and new kinds of solutions. And with that comes insurance concerns,” Kar said.

Insurance may also be influenced by fuel prices, which remain highly volatile. “Any business decision that fleet managers will make, including insurance, will be based on which way fuel costs go,” Kar noted, adding that about 30% of costs are attributed to fuel costs.

Other trends on the radar in the commercial vehicle space include the growth in urban trucking, which is creating demand for city trucks. With demands for next-day delivery, same-day delivery, next-hour delivery, “you need a certain kind of vehicle to deliver in an urban setting,” Kar pointed out.

But the biggest thing is electronics-abled services, including telematics, he told attendees. “All of a sudden, the truck has become less important; the services have become more important. And every industry in the world has gone through this transition,” Kar added.

Allowing both telematics program discounts, surcharges could secure a solid future for telematics in Canada: speaker