A seven-year lawsuit against a B.C. insurance brokerage that settled for $33,000 ultimately led to a legal dispute between the claimant and his lawyer over a $5,124 legal bill. 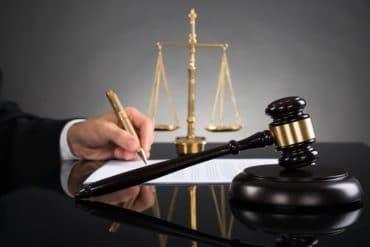 Jones sued his broker in December 2009, claiming that the brokerage breached its duty to ensure that his property and contents were properly and adequately insured.

The brokerage denied liability, arguing that Jones’s loss was through his own negligence. Specifically, the brokerage argued that Jones had failed to advise that the insured property was being used for farming purposes; he should not have requested a homeowner’s policy when he knew or should have known that a farm policy was required. In addition, the brokerage argued, Jones had failed to provide a full and accurate list of equipment.

After an examination for discovery in December 2010, nothing happened with the case until 2016, when the brokerage applied to the court to dismiss the case for want of prosecution. Representing himself in court, Jones set a trial date for March 2017.

The lawyer, R.R.W. Sookorukoff, appeared to have a disagreement with his client over strategy. In addition, the lawyer was frustrated that Jones never did sign a retainer agreement, despite numerous requests to do so. Jones did, however, pay the lawyer’s initial $5,000 retainer.

At Jones’s request, the Supreme Court of British Columbia reviewed the lawyer’s invoice, and ultimately ruled the fees and disbursements requested for the case were reasonable.

Jones’s dispute with the lawyer was for work done leading up to a settlement in 2017. Jones simply wanted to settle and not go to trial, the B.C. court decision notes. He wanted his lawyer to make an offer based only on the information in the statement of claim.

Sookorukoff maintained that no offer to settle would be credible unless some initial work was done to substantiate the claim. As part of the work, Sookorukoff was able to obtain an opinion letter on the duty of care owed by the defendant brokerage. He also tracked down an expert, Karen MacWilliam, a consultant who specialized in risk management and insurance analysis based in Wolfville, N.S.

“Mr. Sookorukoff became frustrated with the failure of the client to provide the information which was undoubtedly necessary, not only to successfully succeed at trial, but to even be able to present a credible offer,” B.C. Supreme Court Justice Case Master R.W. McDiarmid found. “The client does not seem to appreciate this. I have considered his position carefully, but he is wrong. Making an offer as he suggested would not have advanced his case.”

Sookorukoff’s initial offer to settle was for slightly more than $58,000; the brokerage counter-offered with $20,000. The two parties made a number of subsequent counteroffers. During the settlement negotiations leading up to the trial, the lawyer, still without a signed retainer agreement, asked the court to remove him as Jones’s lawyer on record.

Ultimately, the firm’s senior partners completed the negotiations in May 2017 with a $33,000 settlement.

More News
Related
Do your insureds understand a “material change in risk”?
When keeping customer’s car keys is not “custody” of a car
How to sell commercial coverage to small businesses
Supreme Court to determine fate of Lloyd’s payment in $5.6-million shipping loss