Crop insurance payouts in Alberta will likely reach about $1 billion later this year due to hot, dry weather that is contributing to severe drought conditions, Alberta’s Minister of Agriculture and Forestry said Thursday.

“This year’s crop insurance claims will be comparable to 2002, when farmers and ranchers in Alberta collected about $1 billion after a significant drought,” Alberta Minister of Agriculture and Forestry Devin Dreeshen said on Twitter. He was referencing a Globe and Mail article in which he discussed his estimate for this year’s crop insurance payouts.

Adjusters have already helped farmers submit about 300 claims for losses to the Agriculture Financial Services Corporation (AFSC), which provides crop insurance in the province. Adjusters had nearly as many appointments scheduled for this week, Dreeshen added on Twitter Wednesday.

About three-quarters of farmers in Alberta have insurance through AFSC. Earlier this year, the corporation said insured clients would receive a 20% reduction in crop insurance premiums for the 2021 crop year, due to a “healthy crop fund reserve.” As a result:

Just this week, the federal and Alberta governments, through the Canadian Agricultural Partnership, announced that the province would double the low-yield threshold to allow for additional cereal or pulse crops to be salvaged for livestock feed. For example, the barely crop threshold will be increased from 150 to 300 kilograms per acre. 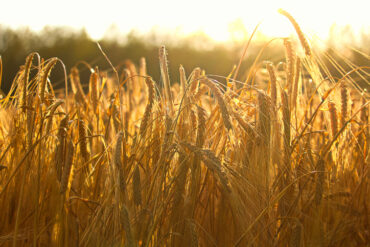 Low-yield allowance is a standard part of the production insurance program, and is meant for situations of extreme heat and severe drought.

“Since mid-June, there has been a significant deterioration of crops across the province,” AFSC said in a statement. “Current weather conditions are not improving, and industry expects to see further deterioration in crops.

“Together with the federal government, Alberta is making an adjustment to crop insurance that will allow farmers to put more quality crops towards livestock feed, helping ease feed shortages for livestock during the current drought,” AFSC said. “The adjustment encourages producers to act swiftly to salvage crops for livestock feed rather than watch their fields deteriorate further, and risk harvesting nothing. As these crops would otherwise be covered by crop insurance, there will likely be minimal additional payments resulting from this decision.”

Scorching temperatures and little to no rainfall have left crops in poor condition across wide swaths of Alberta, Saskatchewan, and Manitoba, the Canadian Press reported Thursday. For example, Manitoba has been hit by months of dry weather that has left soil moisture and river levels at near-record lows. Most water basins in southern and central Manitoba have received 200 to 250 mm less precipitation than normal.

Several municipalities in western Canada have declared states of emergency. Drought is also causing problems in western Ontario and British Columbia, where active wildfires are having significant effects on producers, CP said.

“AFSC continues to monitor the situation throughout the province as the 2021 crop year progresses,” the corporation said of the Alberta situation Wednesday. “We anticipate a number of claims over the coming days and week as this situation continues to unfold. Our team of adjusters are familiar with the current conditions, and they are working to resolve claims as quickly as possible.”