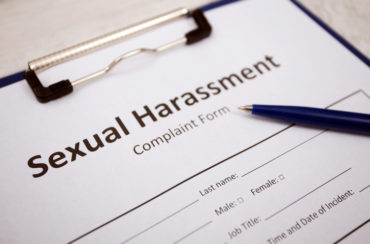 Employees suing for harassment will sometimes name the employer and its directors and officers, in addition to the person alleged to have committed the harassment, James Bennett, manager of executive solutions at Trisura Guarantee Insurance Company, told Canadian Underwriter.

“Brokers should be looking to make sure that the employment practices liability policy includes wrongful acts arising out of employment, whether it be sexual harassment, discrimination, or workplace bullying,” said Bennett.

“Workplace harassment of all types, from sexual harassment to bullying, verbal abuse and discrimination, is becoming more openly discussed in even the most privileged workplaces, and tolerance for such behavior is at an all-time low,” Toronto-based employment lawyer Laura Young wrote in an email to Canadian Underwriter.

Young represented Sergeant Peter Merrifield of the Royal Canadian Mounted Police, who was awarded last week $141,000 in a workplace harassment lawsuit against the federal government.

The Merrifield ruling established harassment as “a free-standing tort in Ontario,” employment lawyer Andrew Monkhouse noted Tuesday in a post on CanLII Connects. Before Merrifield, “harassment was only actionable in the context of a breach of the Human Rights Code, constructive dismissal, bad faith during termination, or reprisal under a specific statute,” Monkhouse added.

Merrifield, a former air marshal who ran for political office, alleged his superiors at the Royal Canadian Mounted Police harassed and bullied him, damaging his reputation and causing him to suffer emotional distress.

In her ruling, largely in favour of Merrifield, Ontario Superior Court Justice Mary Vallee rejected the federal government’s argument that Ontario does not have a free-standing tort of harassment. She found that conduct towards Merrifield was “outrageous” and caused him emotional distress, awarding him $100,000 in general damages plus an additional $41,000 in special damages.

Among other things, Justice Vallee found that an RCMP superintendent “aggressively challenged” Merrifield on his political activities and this was “completely inappropriate.”

“Employers who do not respond to harassment complaints or concerns, either at all, or in a timely, fair and effective manner, will be at risk of civil liability, particularly where an employee suffers significant mental distress,” Young wrote.

More News
Related
Cyber market ‘softer than ever,’ commercial property, general liability rates down in U.S. in Q2: CIAB
Sexual harassment, cannabis top legal risks in Canada this year: law firm
Sexual harassment lawsuit? Why it pays for a risk manager to be a pack rat
Why this insurer is ‘shrinking’ its D&O liability business