Sexual harassment lawsuit? Why it pays for a risk manager to be a pack rat

Risk managers who retain insurance policies for only seven or 10 years need to rethink this practice, an independent risk consultant warns. 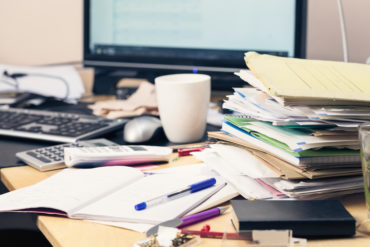 Having a copy of a 15- or 20-year-old liability insurance policy is “like owning a bank note in your safety deposit box,” advises Darius Delon, president of Calgary-based Risk Management 101. “You never know whether it is going to be valuable or not.”

This especially true in light of the “big emerging risk issue” of allegations of harassment or sexual conduct, says Delon, former associate vice president of risk services at Mount Royal University. Such allegations can be based on events that happened as far back as 20 years ago. In such cases, a victim may allege that an organization was negligent in supervising the accused perpetrator.

“There is a question of whether insurers need to defend or not,” Delon said. He notes that the wording contained in liability insurance policies, which might require insurers to defend against such lawsuits, could have changed over the years.

In a decision released in 2006, the Supreme Court of Canada ruled that Guardian Insurance Company of Canada did not have a duty to defend Jesuit Fathers of Upper Canada, which ran a residential school for First Nations children until 1958.

The Jesuit Fathers got letters from lawyers during the 1990s claiming their clients suffered abuse at a school during the 1940s. Jesuit Fathers tried to make a claim on a Guardian policy in effect from 1988 through 1994, but this was to defend from claims from alleged victims made after the expiry of Guardian’s insurance policy. The court noted the Jesuits could have been covered by “an occurrence‑based policy or a policy with an occurrence‑based extension,” but not by the claims-made policy written by Guardian.

Today, allegations of sexual misconduct by Hollywood stars and politicians are “getting a lot of media attention,” but allegations against those other than the rich and famous could also be made, Delon told Canadian Underwriter Monday.

“We are really not hearing with the same amount of frequency [as for celebrities and politicians] that other incidents are happening, but the issues are still the same,” warned Delon, former chair of RIMS Canada Council. “The impacts are all the same. The voice isn’t as loud, but the issue seems to be addressed.”

The liability risk “is a tough one for organizations to get a handle on is because the majority of allegations are all past tense,” Delon said. By contrast, risk managers can put in controls and policies to respond to incidents that happened more recently.

Canadian provinces used to have statutes of limitations on civil lawsuits alleging sexual harassment, but the provinces are now getting rid of those limitation periods, Delon noted. For example, Ontario’s Sexual Violence and Harassment Action Plan Act, passed into law March 2016, removed the two-year limit in the Limitations Act for launching a lawsuit related to allegations of sexual allegations. This made it possible for someone to launch civil proceedings regarding allegations of sexual assault at any time.

“It opens you up, in effect, to civil litigation for events prior to 10 years old, 20 years old, 30 years old, that sort of thing,” Delon warned.