Saskatchewan Government Insurance (SGI) is implementing the next phase of its Motorcycle Graduated Driver Licensing (MGDL) program changes in an effort to improve safety for new motorcyclists, the province’s self-sustaining auto insurance fund announced on Wednesday. 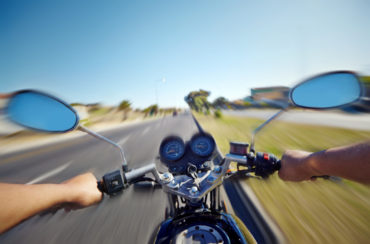 The MGDL program exposes new motorcycle riders to increasing levels of risk as they gain riding experience, SGI explained in a press release. Riders must move through three stages, Learner, Novice 1 and Novice 2, before graduating to a full and unrestricted “M” motorcycle licence.

Effective immediately, a $500 MGDL fee will be added to the current driver’s licence fee upon entering each of the three stages of the MGDL program, for a total of $1,500. This fee will be waived for those who provide proof of successfully completing an SGI-approved motorcycle training course (20-hour Canada/Saskatchewan Safety Council “Gearing Up” Training Course or equivalent).

As well, new motorcyclists will be eligible for a $450 training rebate if they meet the following requirements: they entered the MGDL program after Jan. 1, 2016; they completed an approved motorcycle course after Jan. 1 and they graduate from the MGDL program incident-free (no suspensions or motorcycle-related traffic convictions/at-fault collisions).

The changes stem from recommendations made by the Motorcycle Review Committee (MRC), the release noted. The MRC was formed in 2013 to find solutions to issues with motorcycle safety, insurance rating and coverage in the province.

“Motorcyclists, by virtue of being so exposed while riding, compared to those better protected in an enclosed passenger vehicle, are more vulnerable to injury in the event of a collision,” Andrew Cartmell, president and CEO of SGI, said in the release. “Safety is so important, and that’s what the training focus is getting at: being safe while riding.”

Cartmell noted that new motorcycle riders are more likely to be involved in collisions than experienced riders, especially in the first three years of riding. “Training is critical to improving motorcyclist safety, and that’s the driving force behind these changes,” he said.

In Saskatchewan in 2014, there were 199 collisions involving a motorcycle, moped or power cycle, resulting in 144 injuries and three deaths.

SGI has implemented multiple MGDL program changes based on approved MRC recommendations during the 2014 and 2015 riding seasons. Examples include new equipment requirements for riders in the MGDL program, licence placards for learner and novice riders, engine size restrictions and the requirement to either pass a basic ability road test on a motorcycle or complete approved motorcycle training prior to obtaining a motorcycle learner’s licence.