Although Saskatchewan Government Insurance’s (SGI) traffic safety focus for April was on pedestrians, cyclists and motorists, the majority of offences were for speeding or aggressive driving, SGI reported earlier this week. 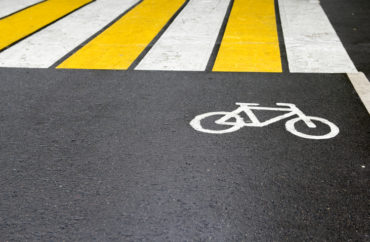 Police in the province issued 12 tickets during the traffic safety focus: seven for drivers failing to yield or stop for pedestrians, or passing a vehicle that is stopped for a pedestrian; four for pedestrians disobeying crosswalk signals, or walking into the path of a vehicle; and one for a motorcyclist failing to wear a helmet.

However, police also reported 5,025 speeding/aggressive driving offences, SGI said in a press release on Tuesday. There were 294 impaired driving-related offences, 320 distracted driving offences (251 of those for cellphone use) and 295 seatbelt/car seat/booster seat violations during the month of April. These offences included all traffic safety focus results for April submitted by police as of May 16, the release pointed out.

Throughout the month of May, police remain focused on impaired driving.

In April, SGI said that the month of March saw the most tickets yet for distracted driving since monthly traffic safety spotlights began in 2014. There were 523 tickets issued in March: 441 for driving while using, holding, viewing or manipulating a hand-held cellphone and 82 for driving without due care and attention.

Based on 2015 data, distracted driving was the leading factor in motor vehicle collisions in Saskatchewan and second place for fatal collisions, behind impaired driving, SGI reported.