Saskatchewan Government Insurance (SGI) has reported that there were 279 impaired driving offences in November in the province. 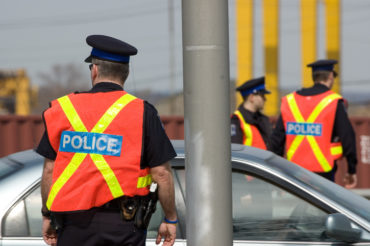 SGI and law enforcement across Saskatchewan focused on impaired driving in November, the province’s self-sustaining auto insurance fund said in a press release on Wednesday. Of the 279 impaired driving-related offences, 269 were Criminal Code of Canada charges related to impaired driving (a blood alcohol content (BAC) level over .08 or refusing a breath test), while 10 were for having a BAC between .04 and .08.

In addition to the impaired driving offences, more than 5,000 tickets were issued throughout the month (including all traffic safety focus results for November submitted by police as of Dec. 15): 4,447 speeding violations, 284 distracted driving offences (161 of those were for cell phone use) and 308 tickets for inappropriate or no seatbelt/child safety seat.

Impaired driving remains the focus throughout December and it was also the focus in October. In late November, SGI reported that 335 impaired drivers were stopped in October, resulting in 314 Criminal Code charges related to a BAC over .08 or refusing a blood test and 21 offences for having a BAC between .04 and .08. Police also issued 3,757 other tickets.

Effective Jan. 1, 2017, several traffic safety laws in Saskatchewan will change. These changes include: