SGI and Saskatchewan police to focus on new drivers in June

Saskatchewan Government Insurance (SGI), the province’s self-sustaining auto insurance fund, and provincial police will be focusing on new drivers during the month of June. 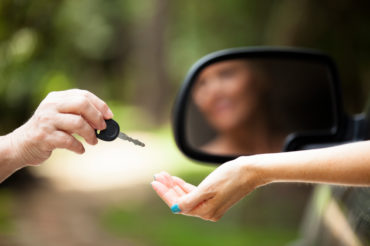 SGI said in a statement issued Thursday that new drivers – considered to be young drivers or inexperienced drivers of any age – are the province-wide focus of this month’s traffic safety spotlight. Police will be watching for new drivers not following restrictions outlined in the Graduated Driver’s Licensing (GDL) and Motorcycle Graduated Driver’s Licensing (MGDL) programs.

Among the GDL restrictions are the requirement to have a supervising driver, who is an experienced, licensed driver, in the front passenger seat at all hours; between the hours of midnight and 5 a.m., passengers (excluding the supervising driver) must be immediate family members; and a prohibition on the consumption of any amount of alcohol. Restrictions for certain classes of motorcycle drivers include similar restrictions as the GDL program, but can also include a ban on passengers, the wearing of protective gear and no riding between certain nighttime hours. 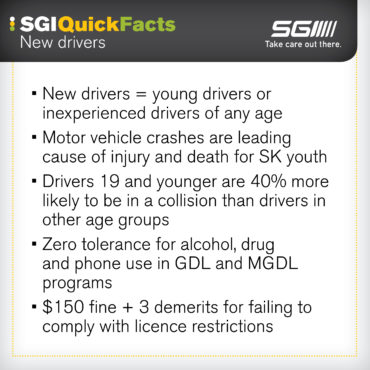 While new drivers include inexperienced drivers of any age, they are most commonly young drivers, SGI said. Compared to all other age groups, SGI reported, young drivers account for a disproportionate amount of collisions, injuries and fatalities on Saskatchewan roads.

Between 2010 and 2014, drivers 19 years of age and younger represented 7.1% of Saskatchewan’s driving population, yet accounted for 11.1% of all collisions, SGI said in the statement. Young drivers also represented 12.1% of drivers killed and 13.3% of drivers seriously injured in a motor vehicle collision.

“Practice is key as a new driver as it helps reinforce safe driving skills and habits,” said Earl Cameron, vice president of SGI’s Auto Fund. “The requirements and restrictions under the GDL and MGDL program are in place for a reason – to ensure new drivers and riders develop the appropriate level of driving skill and road experience before they progress into higher risk driving situations.”