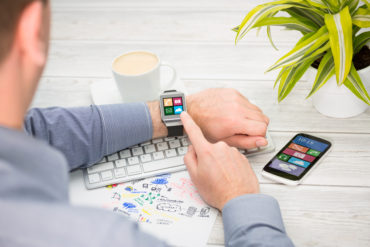 IDTechEx said in its Wearable Technology 2016-2026 report, released on Friday, that the market will be worth more than US$30 billion in 2016, with over US$11 billion of that coming from “newly popular” products such as smartwatches and fitness trackers.

“Fuelled by a frenzy of hype, funding and global interest, wearable technology was catapulted to the top of the agenda for companies spanning the entire value chain and world,” IDTechEx said in a press release. “This investment manifested in hundreds of new products and extensive tailored R&D investigating relevant technology areas. However, the fickle nature of hype is beginning to show, and many companies are now progressing beyond discussing ‘wearables’ to focus on the detailed and varied sub-sectors.” 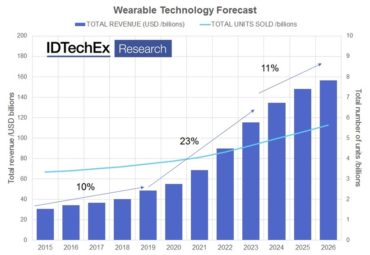 In a unique aspect to this report, the release said, IDTechEx outlines a long-term case for standalone wearable communication devices as a “future evolution of the smartphone. Today, most smartwatches and many fitness trackers still rely, at least partially, on a connection to a smartphone hub. The ubiquity of the smartphone as a central platform has been a key enabler for growth in wearables so far, but all of the largest manufacturers now look to a future, where the hub itself may become wearable.”