Sharing economy not fully served by insurance industry, but opportunity is there: Kovacs

The sharing economy is not fully served by the insurance industry right now, but the opportunity is there, Paul Kovacs, founder and executive director of the Institute for Catastrophic Loss Reduction, said on Thursday at the CIP Society Symposium 2017. 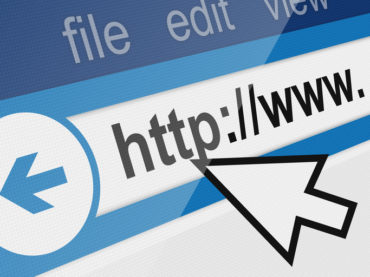 Kovacs, who is also a research consultant for the Insurance Institute of Canada (IIC) and the president and CEO of the Property and Casualty Insurance Compensation Corporation, was speaking about his new research report titled Sharing Economy: Implications for the Insurance Industry in Canada. The report is the third in the IIC’s emerging issues research series.

“There’s a real opportunity for our industry now and it’s just going to grow over time and we’re underservicing it right now,” he told attendees to the symposium, held at the Toronto Region Board of Trade. “I see this primarily as an opportunity.”

As an example, Kovacs suggested that insurers could partner with innovators in the sharing economy space. In the report, Kovacs also issued 10 recommendations for the insurance industry to “better serve sharing platforms, providers and consumers” and to “better manage competition from insurtech and peer-to-peer insurance providers.” Among the recommendations for the industry:

“This is a critical time for the Canadian insurance industry to become involved in the discussion about the sharing economy,” the report stressed.

During his presentation, Kovacs also emphasized the role of trust as the “foundation” for the sharing economy and the “sense that there is eroding trust in large government and increasing trust in peers. You have somebody willing to offer something, somebody who wants it and you believe it is going to come together: ‘I’m going to send you some money now and I expect to be able to stay in your place.’ It’s hard to believe how far it’s come in terms of the trust that is supporting the sharing economy.”

What is unclear, Kovacs suggested, is where the insurance industry fits into the equation. “Does that mean people trust us more or trust us less?” he asked.

The report did say that the expansion of the sharing economy will “likely challenge the reputation of the insurance industry, including criticism of traditional insurance practices and behaviour. When peer-to-peer insurance companies enter the Canadian insurance market, they are expected to promise simple products, transparent processes, lower prices and customized coverage relative to established insurance providers. Criticism may erode consumer confidence in existing insurance providers.”

But despite the rapid expansion of the sharing economy, Kovacs told symposium attendees that during his research, he was “very surprised” to find a minimal amount of public data surrounding the topic. “There is no one who has actually tried to count how many Canadians are participating in the sharing economy, how many are providers, how many are users, etc. – certainly no government sources to get this sort of information,” he said. “And an insurance industry that prides itself on having an actuarial data foundation for our practices, not having much data makes it really hard, so there is really little public data. I only found one report worldwide that tried to take account into how large the sharing economy is now and how large it might be 10 years from now.”

In that 2014 PwC report examining five sharing economy sectors – ridesharing, homesharing, music/video streaming, online staffing and peer-to-peer finance – the researchers predicted that the five sectors would experience a growth in revenue from US$15 billion in 2014 to US$335 billion by 2025.

Despite the lack of publicly available data, Kovacs said that he found the evidence “overwhelming” that the sharing economy is actually quite common. “People are involved in very large scales in Canada, even if it’s not properly counted,” he suggested. “In 10 years from now, there’s going to be a lot more Canadians.”

Another aspect that is not that clear is the role of regulation in the sharing economy, with some seeing it as a “huge threat” and others as an enabler of the technology. “Regulation is an incredibly hot topic within the sharing community as they debate what proper regulations should look like,” Kovacs said.