Shift in terrorist tactics, targets in the West demands change in attitude

A shift in terrorist tactics and targets in Western countries may come down to efficiency – from the perspective of terrorists – but should encourage governments and businesses to enhance security in busy public places, suggests Andrew Majoran, lead terrorism analyst for the Risk Advisory Group. 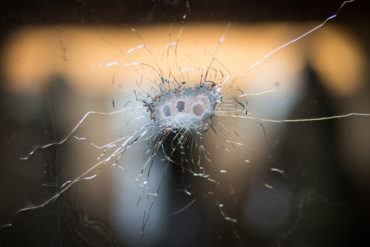 Speaking at the World Conference on Disaster Management in Toronto earlier this week, Majoran noted that for the first time in a decade, more firearms than explosives are being used in terrorist attacks in Western countries, and civilians in public spaces are being targeted more than traditional targets such as security forces, government and police.

“I think a lot of terrorists now are looking for efficiencies,” Majoran told attendees. By shooting, for example, a terrorist will “probably kill more people in a public area than you are with a home-made pressure cooker bomb with ball bearings.”

It is not that old-style attacks have gone away, he pointed out, “but I think a lot of newer attacks, especially by Islamic state or Al-Qaeda sympathizers, maybe even particularly in the west, are looking for efficiency.” 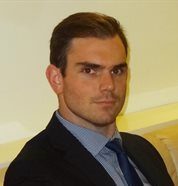 This is “important for businesses to know so they can be adequately prepared,” said Majoran (pictured left), now with Risk Advisory Group in the United Kingdom, who previously worked with Hozint – Horizon Intelligence, the Mackenzie Institute and the Government of Canada. Businesses must “be sure that they have the proper security and intelligence providers, that they are aware of these threats,” he emphasized.

While the number of attacks in the West are actually declining, Majoran noted, they are becoming more deadly. He reported that 2015 represented the “deadliest year for terrorism in Western world since 2004.”

Though terrorism is multi-faceted, including many types of violence, Majoran told attendees his view is many in the Western world dismiss the threat.

“I would invite people with that mentality to reassess it, especially in Canada, the U.S. and Australia,” he said. While the perception may be that terrorists are an ocean away, “I don’t think it’s as solid a barrier as we think.”

“All terrorists pose a threat to the West,” he said, but the largest threat is Islamists. Noting that terrorists have successfully entered Western countries, “there’s no reason to think this won’t continue or that this hasn’t already occurred outside Europe,” Majoran noted.

“Paris marked a shift in strategy,” he suggested, citing the ability to have Islamic state cells, trained Islamic state militants, in place. In past, “groups had intention to attack the West, but lacked the capabilities.” 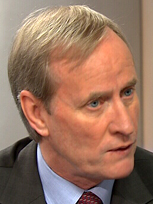 A big problem in this country is that “because Canada has never been dinged, we tend to think we’re not going to get dinged,” suggested Alan Bell, president of Globe Risk International Inc.

An expert in international counter-terrorism, Bell (pictured left) said he would like to “see emergency management planning really start to develop and change the matrix” a bit to take into account terrorism-related factors even if “really not your responsibility.”

Noting that today’s global security environment is unpredictable and uncertain, “you have to learn to liaise with other agencies, more enforcement agencies, more security agencies,” he recommended.

“Leadership is required from all levels of government and from the private sector,” Bell told attendees, emphasizing that “an all-facets approach to security and emergency planning is essential.”