Sign of the times: Why this bank bailed out of P&C reinsurance

Buffeted by severe weather claims, the Bank of Montreal has decided to exit the property and casualty reinsurance side of the business, BMO announced during a conference call Tuesday. 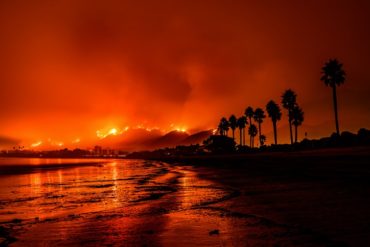 “In Q4 of last year, we said we were reviewing ways to lower variability in our reinsurance business,” BMO Financial Group CEO Darryl White told investors during a conference all Tuesday. “In light of the environment in the reinsurance sector, performance is no longer meeting our risk return expectations and so we have made the strategic decision to exit the majority of this business.”

BMO’s P&C reinsurance segment is not among the dominant players in Canada’s reinsurance landscape. However, it is a sign of the times that climate change is contributing to the volatility of a reinsurer’s results – to the point that it is exiting the business.

Commenting on the 2019 Q3 insurance results, the $24 million in profit was “below the level of a typical quarter, largely due to lower reinsurance results and the impact of lower interest rates,” reported BMO’s chief financial officer, Tom Flynn. “In reinsurance…we have made the decision to wind down our property and casualty reinsurance. This decision reflects returns in the business coming in at a level below our expectations and a higher level of variability in results, partially due to weather-related claims.”

Global insured losses due to natural catastrophes reached $80 billion in 2018, according to a report by Munich Re. Extreme storms, wildfires and droughts were the primary culprits, with the two-costliest insured events being the Camp Fire wildfire in California (US$12.5 billion) and Hurricane Michael (US$10 billion).

In Canada, Cat losses amounted to C$2 billion in 2018, despite there not being a single, dominating event that caused most of the damage. Spring storms in Ontario and Quebec contributed to a large portion of the high claims counts last year. In 2019, Cat losses are hovering around $700 million thus far, with updated results due soon.

“Overall, one of the reasons we exited [the reinsurance business] is because of some of the larger-scale events we have seen [over the past two years],” Rotenberg said during the conference call. “It did give a lot more volatility to the business. We have seen pricing improve, but not to the level that we expected.

“We are expecting, and we have continued concerns, that with climate change, we’re just going to see more frequent and higher claims, so we didn’t feel like there was going to be a good symmetry between risk and reward.”