Officials with Allied World Assurance Company Holdings AG “fully expect” that all closing conditions for the merger with Toronto-based Fairfax Financial Holdings Limited will be met by Thursday, Allied World suggested in Wednesday in a press release. 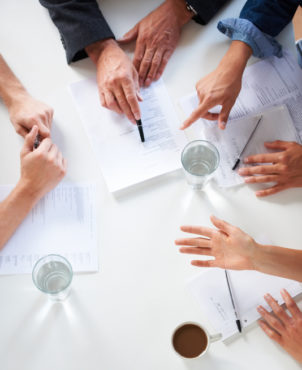 If the deal closes, then Fairfax – the corporate owner of OdysseyRe and Northbridge Insurance – will own most of Zug, Switzerland-based Allied World.

The agreement was valued at nearly US$5 billion when it was announced Dec. 18, 2016. It requires, among other things, that 90% of Allied World shares be tendered.

As of 11:59 p.m. June 30, about 88.1% of Allied World shares had been tendered “and not properly withdrawn from the exchange offer,” Allied World said July 3.

On June 26, the companies said they “expect that all regulatory approvals that are conditions to completion” of the deal, “other than the 90% minimum tender condition, would be satisfied” on or before June 30, the original deadline.

Since then, “Fairfax has spoken with an Allied World shareholder group representing more than 3% of the outstanding Shares that has indicated it will now tender before the Extended Tender Deadline” by end of day July 5.

“As a result, we fully expect to have significantly more than 90% of the Shares tendered by the Extended Tender Deadline and to accept the tendered Shares for payment on Thursday, July 6, 2017,” Allied World said July 5.

If the deal closes, Allied World shareholders would receive a combination of Fairfax shares and cash equal to $US54 per share of Allied World, which trades on the New York Stock Exchange.

Fairfax’s non-insurance operations include a 56.6% interest (as of March 27) in Cara Operations, whose restaurant brands include Harvey’s, Swiss Chalet, Milestone’s, Kelsey’s Casey’s, East Side Mario’s and Bier Markt. restaurant franchises, among others. In addition to retailers Golf Town, Sporting Life and William Ashley China, Fairfax also owns The Keg chain of steak restaurants.

Allied World was formed in Bermuda in 2001 and redomesticated to Switzerland in 2010. In 2016, Allied World reported net premiums written of US$2.26 billion, of which $1.22 billion was in North American insurance, $664.9 million was in reinsurance and $367.5 million in global markets insurance.

Fairfax earlier announced that Ontario Municipal Employees Retirement System (OMERS) plans to contribute $1 billion to the cash component of Fairfax’s offer. As a result, OMERS will take a 21% ownership stake in Allied World.

Allied World’s North American insurance arm, which focusses on special liability, has a Toronto office plus an additional 11 offices in the United States and Bermuda, Allied World said in an earlier filing with the U.S. Securities and Exchange Commission. Its coverages include professional liability, environmental liability, product liability, healthcare liability and commercial general liability, as well as directors and officers, employment practices, fiduciary liability insurance and mergers and acquisitions.

On May 27, 2017, Fairfax announced it agreed to sell 12.18% of the fully diluted shares of ICICI Lombard General Insurance Company Ltd., a Mumbai-based joint venture Fairfax and ICICI Bank that writes auto, home, bicycle, travel and health insurance. That deal is subject to government and regulatory approval and expected to close during the third quarter of this year. If it closes, Fairfax would own 22% of ICICI Lombard.