Plug and Play Tech Center, a Silicon Valley global technology accelerator and venture fund, announced on Thursday a call for applications from startups in its insurance platform. 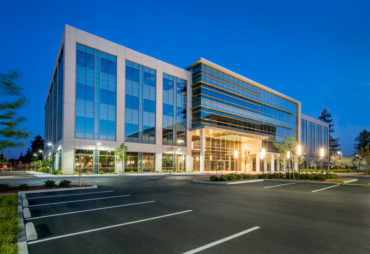 Plug and Play Insurance, which was launched in late April in partnership with Munich Re, Sompo Insurance and the United Services Automobile Association (USAA), among others, noted that the call for applications will give applicants “the chance to compete for a spot in Plug and Play’s first insurance batch.”

Startups accepted into the 12-week program will receive office space in Plug and Play’s headquarters, expert mentor curricula, business development, exposure to their extensive corporate partner network and a chance to pitch in front of Silicon Valley’s biggest investors at the company’s quarterly demo day EXPO, Plug and Play Tech Center said in a press release.

Startups of all stages can apply at http://bit.ly/startup-apply. The deadline for applications is Aug. 1.

An insurance kickoff event was held at Plug and Play last week, with over 100 attendees and 20 corporations. Startups had the chance to present in front of corporations and attend a panel discussion with Munich Re, USAA, Deloitte, and AIG that dove deeper into how startups can work with corporations and the types of technologies insurance companies may expect, the release said.

“The outcome of our insurance launch event was terrific,” said Saeed Amidi, founder and CEO of Plug and Play, in the release. “We had a great turn out with insurers that are interested in technology advancements that can help the industry and consumers. This is just the beginning of our insurance program and I’m looking forward to seeing where it goes from here.”

“We are already working with thousands of startups in our ecosystem, but with this new initiative, we are looking for stage-agnostic InsurTech startups that could facilitate changes in various aspects of the industry,” added Ali Safavi, director of Plug and Play Insurance, in the release.

Robert Mozeika, executive of innovation strategy at Munich Re in Silicon Valley, said that there has been more of a focus on InsurTech in Silicon Valley and partnering with Plug and Play “will keep us and other industry players informed about emerging technologies that could play a role in our sector in the next decade.”

On May 19, TD Bank Group became the first Canadian bank to join the Plug and Play Tech Center as a corporate collaborator in its fintech program. “This is a fantastic opportunity that enables TD to work closely with top fintech startups from around the world,” said Colleen Johnston, group head of direct channels, technology, marketing and real estate at TD, in a statement at the time. “The collaborative nature of Plug and Play makes it a great place to learn from each other and an ideal platform for advancing financial innovation.”