A single financial services regulatory approach does not mean a one-size-fits-all approach at all, a speaker stressed last week at the Canadian Insurance Financial Forum at the Allstream Centre in Toronto. 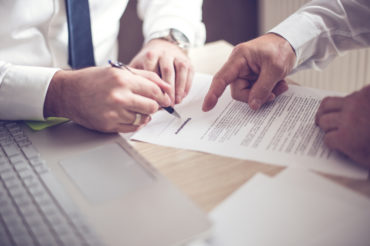 Lawrence Ritchie, a partner at Osler, Hoskin & Harcourt LLP, is one member of an Expert Advisory Panel tasked with reviewing and recommending changes to, among other entities, the Financial Services Commission of Ontario (FSCO). The panel – which also consisted of speakers George Cooke, chair of OMERS Administrative Corp. and James Daw, a former Toronto Star personal finance columnist – was discussing their preliminary position paper at a session on May 25 titled Rethinking FSCO’s Mandate.

The preliminary paper was released last November and the final report is currently in the hands of the Ontario government.

In their preliminary paper, the panel recommended the formation of a new Financial Services Regulatory Authority (FSRA) that would exercise both prudential and market conduct functions in a coordinated but distinct fashion, operating at an arm’s length from government. But Ritchie, responding to a question from an audience member, emphasized to conference attendees that a single regulatory approach is not one-size-fits-all.

“Let there be no misunderstanding,” he said. “We’re very sensitive to what you just said about a one-size-fits all. A single regulatory approach does not mean a one-size fits all approach at all and you’ll see that in the report. We’ve very sensitive that it be quite the opposite. Having things housed in one area with a mandate to ensure that appropriate regulation is generated actually can be fulfilled with a strong mandate.”

Ritchie said that the panel ultimately found that “each agency’s mandate continues to be relevant, however, goals and priorities should be made more explicit, there’s need for more clarity and transparency in how each agency carries out its activities and operations, it needs a governance structure and operational overhaul, there needs to be significant changes in governance structure and the associated accountability mechanisms to improve mandate alignment and accountability.”

In conclusion, he said, “the core of the preliminary recommendations is rather than tinker with the existing system, we recommended the creation of a new agency called the Financial Services Regulatory Authority, which would have a modified twin peaks approach to regulation. It would have its own corporate identity, it would be more operational distinct from government, self-funded in the sense that it would raise money from the industry and be accountable for that as its budget, [and] it would be governed by an expert board of directors.”

Lawrence Ritchie of @Osler_Law explains the preliminary recommendations of the panel on the #FSCO mandate #CIFF2016 pic.twitter.com/xdecjmKnsJ

Among the 37 recommendations in the preliminary report was the creation of a permanent Office of the Consumer to represent broader consumer interests, as well as a whistleblower line to hear complaints, Daw added. “There is a feeling that because they haven’t been very effective, people stop complaining to them. There’s not really a single consumer representative out there to speak in favour of changes to regulation,” he said, adding that “we’re not recommending that FSRA take over all of FSCO’s current responsibilities; we think it is burdened down with things that aren’t really suitable to a financial services regulator.”

Ritchie told attendees that the panel’s approach has always been to “position Ontario to be at least keeping a pace, but in some areas where it’s good for innovation and consumer protection, to be ahead of” current trends. “And you can’t do it when you have a dispersed regulatory approach.”

Another topic of discussion during the session was resource allocation and cost. “I’m not sure you solve the resource allocation problem or the ‘healthy industry, good consumer protection’ by simply carving it out and sticking it somewhere else,” Cooke said. “It might make it worse. I’m not sure that you solve those problems by leaving it alone either. There’s only three doors on Let’s Make a Deal, so you can figure out where we may have gone.”

In terms of cost, Cooke said that “I may be a little extreme on this, but if many of the things that the regulator was asked to do were done properly, the cost could be reduced immensely.” Cooke acknowledged that the regulator is not given a lot of discretion in some instance on how to do things, but rather told how to do them. “Rate approval is a classic example of an exercise where cost considerations are not being taken into account,” he said. “The cost of actually determining a price for an automobile insurance policy is outrageous if anybody looked at it in terms of duplicate data sets and the cost associated with them, filing requirements.”

Added Ritchie: “Regulators are imposing properly so, rightly so, very stringent requirements in terms of transparency and fee disclosure and cost calculations in their documents, but they’re not doing it themselves. So one of the things that we have, either explicitly or certainly implicitly emphasized, in part of transparency is the consideration of the cost benefit analysis or this reward analysis that would be public, that would be used to hold the regulator accountable for each and every regulatory and policy initiative that they take.”