SECHELT, B.C. – Residents of an upscale neighbourhood on British Columbia’s Sunshine Coast will officially be barred from returning to their dream homes today.

Sinkholes throughout the subdivision have prompted the District of Sechelt to issue evacuation orders covering 14 properties.

The homes, with views overlooking Sechelt Inlet, are similar to others in a nearby subdivision valued at over $1 million, although the BC Assessment Authority values most of the buildings in the Seawatch subdivision at zero. 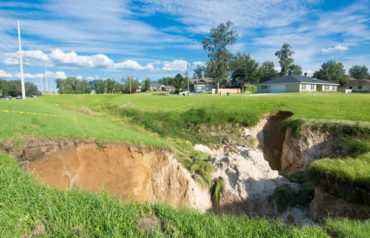 An engineering report issued to the district says future sinkholes or landslides within the subdivision could damage infrastructure or buildings, and injury or death are possible consequences.

The district has informed residents by email that fences around the subdivision will be locked Friday afternoon and only RCMP and firefighters will be permitted inside after that.

A statement issued by the district says Concordia Seawatch Ltd. designed, built and sold the subdivision, despite engineering reports as early as 2006 describing the development of sinkholes. (CKAY, The Canadian Press)