Almost six in 10 drivers in the United States think that self-driving cars will eliminate the problem of distracted driving, according to a new poll conducted on behalf of Erie, Penn.-based Erie Insurance. 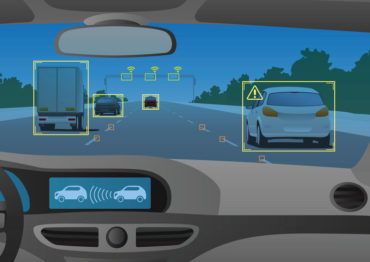 The online survey by Harris Poll, released on Monday, involved 2,932 U.S. licensed drivers aged 18 and older. Because it was not based on a probability sample, no estimate of theoretical sampling error could be calculated, Erie Insurance noted in a press release.

The survey found that 59% of those polled think that self-driving cars will eliminate the problem of distracted driving; two-thirds of men believe this, compared to just over half of women (66% to 52%, respectively).

With regard to activities, roughly half of polled drivers (51%) said that one of the biggest advantages of self-driving cars would be the ability to go longer distances without worrying about being drowsy while driving. About one-fifth of licensed drivers (19%) said they would sleep or nap while operating a self-driving car.

Cody Cook, vice president and product manager of Erie Insurance’s auto department, pointed to 2015 statistics from the National Highway Traffic Safety Administration, which estimated that human error was a factor in 94% of car crashes.

“While we believe that fully autonomous vehicles will greatly reduce that number, it’s hard to predict how soon they will be widely available,” Cook said. “Current technology is going a long way to keep us safer on the road, but the last thing we want is for people to become over-confident as this technology continues to evolve. Unfortunately, our survey finds that many people are getting ahead of themselves—making plans for what they’ll do in the car instead of paying attention to the road. We hope people will remember that despite technological advances, it’s still critical—for now, anyway – to keep your eyes on the road, your hands on the wheel, and your mind on what you are doing.”