Six insurer examinations [IEs] turned out to be three too many, an Ontario tribunal has decided, allowing an accident benefits claimant to go ahead with her hearing despite her refusal to attend the insurer’s three additional IEs. 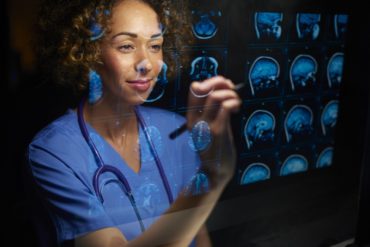 “Three in-person examinations; one being at home, and two where the applicant had to travel to two different cities (Hamilton and Burlington), it appears by taxi, are significantly intrusive and insensitive to the applicant’s needs given her current mental state,” Ontario’s Licence Appeal Tribunal (LAT) Adjudicator Cezary Paluch concluded in a Mar. 14, 2018 decision.

The unnamed applicant was involved in an automobile accident on Jan. 8, 2015, and sought accident benefits under Ontario’s Statutory Accident Benefits Schedule (SABS).

In 2015, the applicant attended three in-person IEs as part of a multidisciplinary assessment of her claim for Income Replacement Benefits (IRBs), including visits with a psychologist, a doctor, and an occupational therapist. The reports, dated July 24, 2015, concluded that the applicant did not suffer a complete inability to carry on a normal life.

Based on these opinions, the insurer, Travelers Canada, determined that the applicant no longer suffered a substantial inability to carry on a normal life as a direct result of the accident. Travelers terminated the applicant’s non-earner benefits effective Aug. 20, 2015.

The applicant applied to the LAT to request the reinstatement of her non-earner benefits [NEBs], based on the reports of the multi-disciplinary IEs.

About two weeks after the first case conference was held in preparation for the hearing, the insurer wrote to the applicant to say it had received a Disability Certificate dated September 2017. The insurer told the applicant it would therefore be scheduling three more IEs to determine if she was unable to carry on a normal life after her injury.

The applicant’s lawyers responded that she would not attend the new IEs. The LAT ruling dealt with the narrow issue of whether the claimant could proceed with her hearing, even though she refused to attend the IEs.

In finding the additional IEs to be excessive, Paluch cautioned that IEs should not be sought if they do not advance the goal of adjusting the claim. “These requested additional examinations (after a hearing date has already been set) should not be on the basis of ensuring that the respondent has a stronger case or an attempt to have further evidence for the hearing rather than for the adjusting process,” the adjudicator wrote.

Moreover, it would not prejudice the insurer if the new IEs were not required, the tribunal found.

“In this case, there is no unfairness to the [insurer], because [it] already had an opportunity to conduct a multi-disciplinary assessment on the very issue in dispute,” Paluch wrote, noting that applicant’s hearing was not addressing any new issues. “This is not a case where the insurer did not have the benefit of any assessments or was limited to a paper review….

“It appears the applicant would have to again travel to Burlington and Hamilton to attend the proposed assessments. I find that given her current mental state, this would cause her more than the usual anxiety and distress and the insurer should be more cautious and vigilant when ordering multiple assessments in relation to a person such as the applicant. This is not the least intrusive approach and is not reasonably necessary on the facts of this case.”