Hurricane losses in the United States equal to at least 15% of industry aggregate surplus in 2016 would likely promote a shift toward positive pricing movement, although any upward movement would be dampened by existing underwriting capacity for primary and reinsurance property coverage, according to Fitch Ratings’ 2016 annual hurricane season reference report. 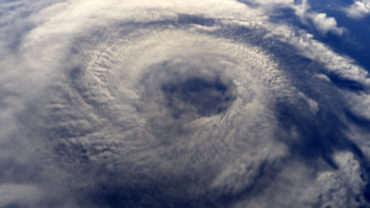 “Meteorologists predict an average hurricane season and insurers and reinsurers in 18 major U.S. coastal states are well positioned to manage losses; however, insurers could face torrential blowback if there is a record breaking storm or battery of storms in succession,” said Christopher Grimes, director of Fitch Ratings, in a statement.

U.S. insurers have benefitted from less severe catastrophe-related losses in each of the last three years, Fitch noted, adding that the state of Florida has not experienced a hurricane landfall in over a decade. Still, large natural catastrophe losses, including hurricanes, are a primary source of potential earnings and capital volatility for the P&C industry, according to the report, titled Hurricane Season 2016: A Desk Reference for Insurance Investors and released on Tuesday.

“Given the current very strong industry capital position, it would likely take storms losses equal to 15% or more of industry aggregate surplus for Fitch to change its P/C sector outlook to negative tied to catastrophe experience,” the statement said. “The potential ratings impact of a major catastrophe or series of events on individual (re)insurers will vary by company exposure in loss-affected areas.”

The Fitch report came around the same time that Dr. Philip Klotzbach of Colorado State University issued his June forecast for the 2016 Atlantic hurricane season. His forecast, released on Wednesday, called for 12 named storms, five hurricanes and two major (Category 3+) hurricanes between the months of June and November. The forecast is in addition to Hurricane Alex, which developed in the North Atlantic Ocean near the Azores in January, and Tropical Storm Bonnie, which developed in late May.

Citing information from the National Oceanic Atmospheric Administration (NOAA), the Insurance Information Institute noted in a statement that one to four storms could become major Category 3 or above. NOAA’s Climate Prediction Center reported May 27 that although the season will likely be near-normal, it forecasts uncertainty in the climate signals that influence the formation of Atlantic storms make predicting this season particularly difficult. Specifically, NOAA predicts a 70% likelihood of 10 to 16 named storms (winds of 39 miles/hour or higher), of which four to eight could become hurricanes (winds of 74 mph or higher), including one to four major hurricanes (Category 3, 4 or 5; winds of 111 mph or higher).

In a report released Wednesday, CoreLogic – a global provider of property information, analytics and data-enabled services – noted that more than 6.8 million homes on the Atlantic and Gulf coasts of the U.S. are at potential risk of damage from hurricane storm surge inundation.

“Most 2016 hurricane season forecasts are predicting near-average to above-average activity in the Atlantic basin, reflecting conflicting signals in key indicators that influence Atlantic hurricane formation,” said Tom Sabbatelli, product manager, model product management, at RMS, on Wednesday. “This season’s activity will be highly sensitive to the exact timing of expected transitions in the El Niño-Southern Oscillation (ENSO) and Atlantic sea surface temperatures. Increased basin activity will require increased vigilance from the insurance industry in 2016. While increased activity does not necessarily translate into an increase in the number of U.S. landfalls, just a single storm can cause significant loss to the industry. Re/insurers will need to monitor hurricane activity closely and be prepared for a range of possible outcomes.”