Canadian property and casualty insurers have seen many a deal take place over the years — and it would be no surprise to see more to come, says a broker executive.

During the latest edition of the Insurance Institute of Ontario’s At the Forefront series, a question was put to Danish Yusuf, founder and CEO of Zensurance, about the approach regulators will take when it comes to one or a handful of insurers making up the vast majority of the market.

The question came up during a discussion about Intact’s deal to buy RSA Canada’s parent company in the U.K.

Yusuf didn’t speculate on how regulators might react if, say, Intact made another large-scale acquisition. But he’s sure regulators are thinking about the possibility.

“I had heard — I’m not in the space as much or as deep in it — but I heard [regulators] have some notional market share percentage that they have in mind, and that would be similar to the banks,” he said during the session The Insurance Industry Innovator’s Dilemma. “I think [the] high-20s per cent market share is…the max that they’re comfortable with.” 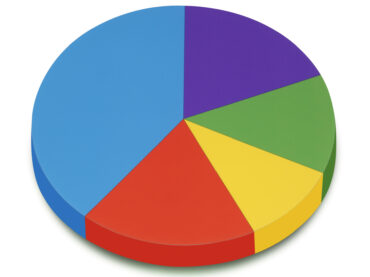 However, as Yusuf pointed out, no Canadian P&C insurer is really close to that level of market share. Intact is closest, with a market share of 15.27% in 2019, according to Canadian Underwriter’s 2020 Statistical Guide. Assuming the deal with RSA goes through, that number would jump to about 20%. The next closest is Desjardins Group at 9.15%.

“So we have a lot of room for consolidation if that’s the direction the industry wants to go,” Yusuf observed.

Another consideration is to take a look at the Canadian life insurance sector for potential guidance, Yusuf pointed out.

“Three [life] companies control 90-something per cent [of the market],” he said. “So, much more consolidated. That happened in the late ’90s. Maybe the regulators have a different view of where P&C should go.”

Brokerages have also seen their fair share of consolidation, Yusuf observed. In the brokerage space, he doesn’t believe any single company has the kind of market share in Canada like Intact does on the insurer side. “Even on the broker side, we have a lot of room for consolidation, if the players want to continue to do so,” he said.

Two factors could potentially lead to “massive consolidation” on the broker side, Yusuf said.

One is the automation of transactional business. Yusuf believes the simple, commoditized parts of insurance will ultimately become automated, so brokerages that operate in this field will be consolidated.

“It will cost hundreds of millions of dollars to build a platform that you need to transact the transactional side,” he explained. “You have to be a massive player in order to afford it.”

The second factor would be large brokerages — think Aon, Marsh and Hub — growing larger through M&A.

What about those brokerages caught in the middle of the hunters and the hunted?

“There will be a long tail [before they participate in M&A one way or another],” Yusuf predicted. “Just at some point, providers will need to shift one way or the other [or be stuck in the middle].”