There is a “slow but steady” trend in take-up rates among cyber insurance clients and prices continue to stabilize, according to a recent survey from the Council of Insurance Agents & Brokers (CIAB) in Washington, DC. 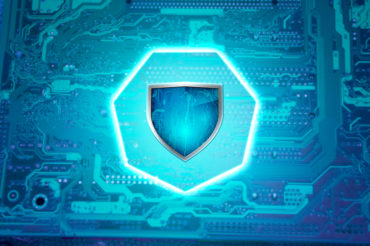 When it comes to purchasing cyber insurance, clients are beginning to ask the right questions as they become more familiar with the risk, the CIAB’s fourth biannual Cyber Insurance Market Watch Survey found.

“As brokers become more experienced with cyber exposures, they are growing their knowledge of this new breed of risk,” said Ken A. Crerar, president and chief executive officer of CIAB in a press release on Thursday. “This is a good sign, as brokers play an increasingly crucial role in both cyber risk mitigation and post-event response. The globally-launched WannaCry/WannaCrypt ransomware file encryption exploit is a prime example. Brokers are actively advising clients on the preventative steps to take now to increase the chance of escaping the virus, which has infected hundreds of thousands of systems.”

Although it is not clear how many people responded to the most recent survey, the survey in October 2016 polled 88 respondents from 66 unique firms on “all aspects of the cyber insurance market from take-up, to premiums and sophistication of their clients’ cybersecurity programs.”

For the survey released on Thursday, roughly 32% of respondents’ clients purchased some form of cyber liability and/or data breach coverage in the last six months, compared to 29% in October 2016 and 25% in April 2016. This increase follows a “slow but steady” trend, the release said, which can be attributed to several reasons: organizations of all sizes are becoming more aware of the prevalence of cyber risks; third-party contractual obligations have increased; there is better pricing with more product options; there is increased capacity in the market; and the risk for cyberattacks continues to increase in both volume and severity.

Of policyholders who purchased cyber coverage in the last six months, CIAB reported, 44% increased their coverage levels, while 56% maintained their existing level of coverage. One respondent explained that “most clients that are renewing coverage are actively exploring increased limits, or at least assessing if their current limits are adequate.”

The “typical” cyber insurance policy limit is US$6 million, double the reported amount in October 2016. Standalone coverage continued to be a trend in 2017, the report added, noting that approximately 72% of respondents’ clients chose standalone over embedded coverage in the past six months.

CIAB developed and launched its first Cyber Insurance Market Watch Survey in October 2015 in an effort to gather a baseline reading of the cyber insurance market and it continues to monitor the market as it develops.