CFIB recently surveyed 1,015 small and medium-sized business owners in B.C., asking if the provincial government should allow private insurers to sell basic auto insurance. Almost three-quarters (73%) wanted the change, compared to 11% that opposed. Fifteen per cent were undecided and 1% had no interest. 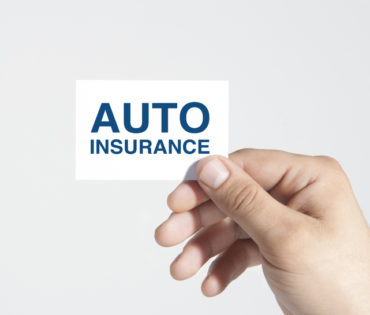 “It’s clear that the solution to the challenges in B.C.’s auto insurance system must be found outside our Crown insurer, and that’s why CFIB is calling on the B.C. government to open up the insurance industry to competition,” said Richard Truscott, CFIB’s vice president for B.C. and Alberta. “Other provinces have more affordable insurance with better benefits. It’s time to end the monopoly and let competition create efficiencies and reduce costs.”

Also last month, B.C.’s minority NDP government passed legislation to allow ridesharing companies to enter the B.C. market by next fall. The Passenger Transportation Amendment Act enables ICBC to develop a “modern insurance product for ride-hailing for fall of 2019,” the government said when the bill was introduced Nov. 19.

ICBC told Canadian Underwriter Nov. 21 it “will be ready to deliver the blanket insurance certificate, which we anticipate will be usage-based, when the various detailed amended regulations are in place and a [British Columbia Utilities Commission] filing is approved.”

Just before the government’s bill received royal assent Nov. 27, the Opposition BC Liberals introduced a private member’s bill they said could bring ridesharing to the province within three months and allow for private insurance coverage, a move supported by the Insurance Bureau of Canada. The bill, which passed first reading Nov. 26, provides a framework to allow the “possibility of [ride-sharing] insurance to be provided by private sector operators in a timely manner.”

Canadian Underwriter contacted several brokers in B.C. for comment on public and private ridesharing insurance, but none could be reached by press time.

ICBC has recently changed its accident benefits regulations, which it says will save a projected $1 billion annually. The changes cost an estimated $200 million annually, offset by an estimated savings of $1.2 billion per year through reduced legal costs, a limit on payouts for pain and suffering for minor injuries and a new dispute resolution model. “These changes will be in effect for new claims that occur on or after April 1, 2019, and will make ICBC’s accident benefits among the most generous of tort systems across Canada,” ICBC said.

The BC Utilities Commission will also review ICBC’s rate filing this month. In January, it approved a 6.4% increase to ICBC’s basic insurance rate for the policy year commencing Nov. 1, 2017.

1 Comment » for What small business owners think of private auto insurance in B.C.