Smoke from a growing number of forest fires in northwestern Ontario has prompted the evacuation of community members from a First Nation in the region. 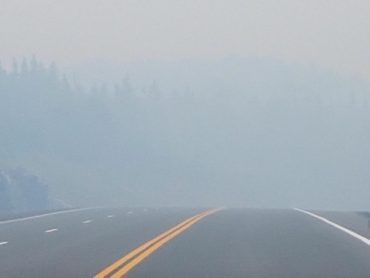 Members of the Nibinamik First Nation requested an evacuation after declaring an emergency on Saturday. Credit: Schreiber Fire Department.

Ontario’s Ministry of Community Safety and Correctional Services says members of the Nibinamik First Nation requested the evacuation after declaring an emergency on Saturday.

Deb MacLean, a fire information officer with the province’s forest fire fighting centre in Dryden, Ont., says a power outage in the community also contributed to the decision to ask for an evacuation.

MacLean says there are 155 fires burning in the region but she notes that there aren’t any communities that are imminently threatened by the fires.

She says fire-fighting aircraft from Quebec and Minnesota have been called in to help fight the blazes.

MacLean says rain is expected to help with easing the fires in the area in coming days, but could also spark more fires with lightning.

She says the region has experienced less forest fires than usual this year, but has had a rapid succession of new fires this month.