So you’re going digital. How much speed do you need?

While the global COVID pandemic may have sharpened the insurance industry’s focus on providing digital solutions to customers quickly, the speed at which the industry can move remains limited by traditional barriers such as a carrier’s organizational culture, regulation, and legacy systems.

Panellists at the online conference Future of Insurance Canada, organized by Reuters Events, observed Tuesday that some traditional insurance companies have gone so far as to start their own insurtechs so that the traditional carriers can speed up the delivery of digital solutions to their consumers. But generally speaking, the current state of the industry now seems to be a push-pull between the speed of insurtechs versus the slower-paced, data-rich — and highly-regulated — environment of insurers’ legacy systems, which not much of a balance between the two models.

Questions about the speed of digital transformation came up at the Q&A panel discussion on Digital Transformation Strategy.

“The difference between insurtechs and traditional carriers is that insurtechs are not impeded by legacy,” said panellist Sasha Sanyal, global business leader of insurance at Genpact, a global professional services firm. “They can put a product out to market in a matter of days.

“What happens with the traditionals is, because they have so much of the data, they actually get impeded by it and that’s what reduces their cycle times. On the other side, the insurtechs need to get some of the checks and balances in place that the traditional carriers have. [The process of going digital] needs to bring the two together. Both need to get to a level that is a little more balanced.” 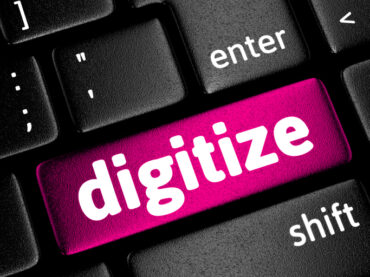 Sanyal’s comment built on an answer by fellow panellist Saad Mered, CEO of Zurich Canada, who suggested that the legacy culture of the P&C industry cannot be underestimated as a drag on rapid digitalization.

In the P&C insurance world, “legacy” can refer to the outcome of a history of carrier mergers, in which companies try to absorb, streamline or amalgamate the back-end computer systems of the acquired companies. These computer systems grow old over time, but since they house all of the consumers’ current data, it becomes difficult for carriers to transition to new systems because of compatibility issues.

Mered observed that a “legacy” mindset can be a cultural impediment to rapid digitalization within an organization.

“There’s a difference between [insurtech] models that are carrier-driven, and what I would call service providers or gizmo producers,” he said. While the gizmo producers effectively can start from scratch and have no legacy issues to worry about, in traditional carrier-driven models, “legacy really permeates a lot of decision-making,” Saad said. “It takes a huge amount of courage and financial fortitude to look past it and address it once and for all. It’s very, very difficult.”

But while carriers may be comparatively slower than insurtechs in rolling out digitized solutions, the panellists strongly cautioned not to create new gizmos for the sake of introducing new technology.

Panellist Greg Osborne is the general manager and vice president of insurance at Medallia, which advises on tech user experience. He said all insurers are in various stages of development with these new technologies. Canadians would be hard-pressed to find an insurance company that was not dabbling with “buzzword technologies” such as artificial intelligence, machine learning, or even blockchain, he suggested.

But with all of these shiny objects out there, it’s critical for the industry to focus on how to use these technologies to better serve consumers, Sanyal said.

“To me, that is actually the first and most important step to go through and to solve for, before you start to play in it. Because otherwise what happens is, you divert from what really needs to be done — which could be getting more people insured, or making the claims process simpler, or simplifying policy servicing. Step back, figure out what the use cases are. Figure out what you are trying to solve for, and then get into what these buzzwords would be.”