Failure to manage a crisis situation well can “become an existential threat, a real threat to the viability of the organization,” a speaker said on Thursday at the Canadian Risk and Insurance Education Forum. 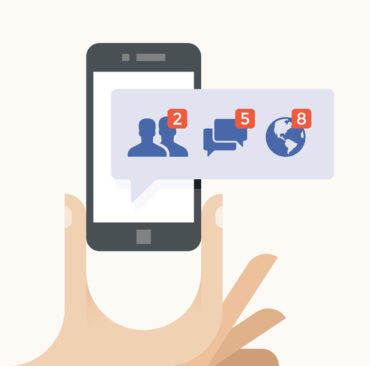 “When you look at it, the manner in which organizations handle situations is at least as important for their reputation as the incident itself,” suggested Jane Shapiro, senior vice president, national practice leader with Hill+Knowlton Strategies during a session titled The Pipeline Debate.

The current social media environment is really driving the need to communicate quickly, Shapiro told attendees to the forum, held at The National Club in downtown Toronto. “You no longer have the luxury of ‘Let’s wait for four hours or six hours or 24 hours till we know more about what’s happened,’” she said. “Social media has made the need to communicate imperative – that’s because if you don’t, other people will. And other people will determine what your narrative looks like and you’ll always be on the defensive trying to catch up with the narrative that someone else has established. This tends to be the largest stumbling block to good communication: not being able to communicate fast enough.”

In fact, a company may even find out about a problem on social media via a tweet, for example. While Shapiro reports working with many organizations that are not comfortable being active on social platforms, “at the very, very least, you have to monitor what is going on,” she says, to know if what is being said is accurate. “If you allow this misinformation to go unchallenged and not corrected, it has enormous reputational impact. It really can be an existential threat to the existence of the organization if you let it go.”

At a minimum, companies should use Twitter or Facebook to link to a statement, Shapiro suggested. Companies also need to know if people are asking for information or assuming information that hasn’t been provided. “How upset are people? How many media calls are you getting?” she asked. “If you’re not getting any, you might want to hold back on your communications, you might not want to actually generate your own news stories.”

Organizations should conduct a risk assessment to determine the particular situations that would put the company at risk and the messages in those scenarios. “You need a clear narrative that you can deliver consistently across all of your audiences and do it on an ongoing basis,” Shapiro told attendees. “If you don’t practice it, you won’t be able to execute it in real life. You’ve got to fix problems, but if you don’t tell people you fix problems, then you’ve lost the reputation recovery advantage.”

Corporate reputation can really be fragile. “In most cases, what people remember about incidents are the way they are managed… much more so than the incident itself,” Shapiro said. By way of example, looking at Lac-Mégantic (the 2013 Quebec train derailment that killed 47 people), “what sticks in people’s minds is how very terrible the chairman of MMA (the rail operator: Montreal, Maine and Atlantic Railway) managed, or didn’t manage the situation; the horrible communications, which become a whole huge distraction from the tragedy itself.” Another example was the BP oil spill in Gulf of Mexico “where again the behaviour of the CEO became an enormous distraction from the severity of the event itself. Until he was taken out of the picture, it was a distraction that really kept people from focusing on the main event and was hugely reputationally damaging to BP, and it wasn’t long after he was removed from his job.”

“Shareholders, as it turns out, like to associate themselves with good companies, companies that behave according to the principles the shareholders also hold and they will disassociate themselves from companies that do not,” Shapiro continued. As a more recent example, she pointed to allegations of workplace harassment and the “tone from the top” from the CEO of Uber. After these allegations surfaced, “two of Uber’s most important shareholders had an unscheduled meeting with the CEO in a hotel room,” Shapiro related. “He attended, several hours later, he walked out of that hotel room and he resigned. Two of his largest shareholders said, ‘We don’t want to be associated with this.”

Both publicly traded and private companies are starting to view it as a liability if an organization is not able to communicate well in a major incident,” Shapiro said. “Boards are really seeing it as both a personal and corporate liability not to be prepared.”

Some regulators, such as the Alberta Energy Regulator, are even demanding that companies have not only crisis plans, but also crisis communication plans, she said. “I think regulators now are doing that now because they see the vulnerabilities for themselves,” Shapiro suggested. “In many cases, when you look at the coverage of a major incident, what you will see is that the regulator is under as much scrutiny and fire in the media and in the political realm as the company who has the incident,” she said, pointing again to the BP and Lac-Mégantic incidents.

On the other hand, regulators and first responders have “become really, really efficient users of social platforms to a good end: telling people where they can be or can’t be or that they have to leave their homes.”

But Shapiro advised against “engaging” on social platforms, as it can be “a huge wildcard and enormous risk. There’s not much you can do while the structure is still burning, you pretty much have to wait for the fire to be out and hope that there is some kind of foundation to build on before you can try to recover reputation.”

More coverage of the Canadian Risk and Insurance Education Forum