Maybe men aren’t such bad multi-taskers after all

Despite popular stereotypes, women are not better multi-taskers than men, suggests a new blog from Harvard Business Review.

“We cannot exclude the possibility that there are no sex differences in serial multitasking abilities, but if they exist, such differences are likely to be very small,” wrote authors Julien Laloyaux, Frank Laroi and Marco Hirnstein in the blog Research: Women and Men Are Equally Bad at Multitasking. While there is a need for further studies, or a study that investigates concurrent multitasking, “we think it is fair to conclude that the evidence for the stereotype that women are better multitaskers is, so far, fairly weak.” 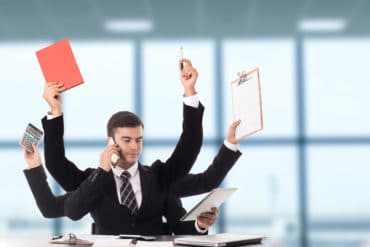 The vast majority of studies on multi-tasking have examined gender differences using artificial laboratory tasks that do not match the complex and challenging multi-tasking activities of everyday life, leading to inconsistent findings. As well, researchers define multi-tasking differently.

To address the concerns, the researchers developed a computerized meeting preparation task (CMPT) that was designed to resemble everyday life activities. The project was grounded in the most comprehensive theoretical model of multitasking activities, said the blog, published Wednesday.

In the CMPT, participants found themselves in a virtual 3D space consisting of three rooms: a kitchen, a storage room and a main room with tables and a projection screen.

They are required to prepare a room for a meeting by placing chairs, pencils and drinks in the right location, while at the same time dealing with distractions such as a missing chair and a phone call, and to remember actions to be carried out in the future (give an object to an avatar, put the coffee on the meeting table at a certain time, etc.)

The researchers recruited 66 women and 82 men between the ages of 18 and 60 to carry out the CMPT. They then compared the performance of both groups on several variables: