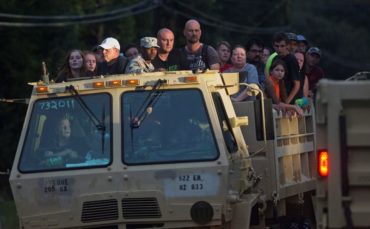 AIR Worldwide said that thousands of homes, as well as farmland, highways and commercial and industrial property have suffered flood damage. Water continues to rise in some locales and additional rain could initiate flash floods. States of emergency have been declared for Louisiana and impacted counties in Mississippi, and United States President Barack Obama has designated parts of Louisiana as federal disaster areas.

The Louisiana Department of Transportation and Development reported that approximately 200 roadways became impassable due to flooding, including parts of both interstates 10 and 12, AIR said in the release. As many as 1,400 bridges need to be inspected before they can be reopened and, in some areas, stranded cars remain on highways.

“Record rainfall fell across a large portion of southern Louisiana as a slow-moving tropical depression-like system crawled across the region this past week,” said Dr. Hemant Chowdhary, principal scientist at AIR Worldwide, in the media release. “Rainfall amount ranged from 12 to more than 24 inches, with 31.39 inches recorded near Watson and 27.47 inches in Brownfields; 8.49 inches fell at the Baton Rouge Metropolitan Airport in one day. Parts of the region received two to four times the average total monthly rainfall for August in just three days,” Dr. Chowdhary reported. 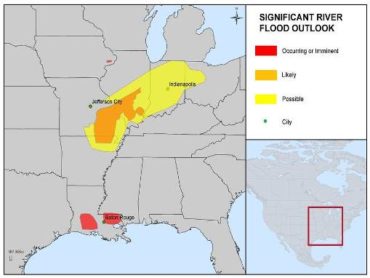 Although the heaviest rainfall has passed, many rivers will continue to rise, some for a few days, AIR reported. Because of saturated ground and the current high river levels, additional rain events that occur before waterways have started to recede could result in flash flooding. “The drenching rain in southern Louisiana during the past week, from west of Baton Rouge to New Orleans and Mississippi, brought historic inland flooding in many communities,” Dr. Chowdhary said.

In addition, upwards of 20,000 people have been rescued, plucked from porches and roofs and inundated vehicles by emergency personnel in high-water vehicles, boats, and Coast Guard helicopters. Upwards of 12,000 people have sought refuge in shelters, some of which have been filled to capacity. Some shelters, too, have been evacuated due to flooding, the release said.

This happened this morning around 3:00am at another friends in Lafayette, La #LouisianaFlood #laflood pic.twitter.com/wFEvd40WNC

AIR pointed out that more than 40% of buildings in the U.S. Gulf Coast region meet Flood Insurance Rate Map (FIRM) standards set in 1980. While the specifics of the FIRM standards vary somewhat by building construction and occupancy class, these standards dictate that buildings must be elevated above base flood elevation, as defined by the Federal Emergency Management Agency, and that any parts of a building that remain below base flood elevation must be constructed of flood-resistant materials. 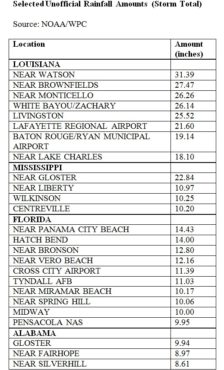 According to AIR, only 0 to 10% of buildings constructed since 1980 in the Gulf States have basements, which increase vulnerability to flood damage. Buildings in the region are more typically built on slab foundations, which are designed to withstand flotation, collapse or lateral movement that can be inflicted by floodwaters.

In Louisiana, more than 80% of the residential construction is wood, with an estimated 5% of structures having basements, AIR said. Over half of the commercial buildings are steel and concrete. Unlike residential structures, commercial buildings often are engineered and built to stricter standards, and are thus less vulnerable than single-family homes. Still, mechanical, electrical, and plumbing systems can experience severe damage, which results in high losses, the release said.

3 day total of 27.5" of rain so far via @CoCoRaHS report near Baton Rouge. Pic by Roysnanny #LouisianaFlood pic.twitter.com/0vulKNwidJ

On Sunday, Aon Benfield’s Impact Forecasting said that the flooding in parts of Louisiana and Mississippi could approach or possibly exceed US$.15 billion in economic damage, calling it “one of the most catastrophic non-tropical cyclone triggered flood events in the state of Louisiana since 1983.” However, from an insurance perspective, “it is anticipated that the insured portion of the economic loss will be substantially less,” Impact Forecasting said.

Red Cross is responding to the worst disaster since Sandy. Our flood update from #Louisiana:https://t.co/mwjJY3YTyF

Y'all this is bass pro shop in Denham Springs. This place is insanely big for people who don't know. #LouisianaFlood pic.twitter.com/pc43IWdFBl

Of all the things I thought I'd wake up and do today, this was the last thing on the list. #LouisianaFlood pic.twitter.com/7KH79XK7My

Water is coming down but still not enough #LouisianaFlood pic.twitter.com/B6YbAhKT4l

Major flooding in my hometown of Slidell, LA. Family is trapped on an island in the meantime… #louisianaflood pic.twitter.com/zcjfan6Ytd