If an insurer can offer brokers more products, assistance and their brand is recognized by clients, “there is some value there,” Jeff Roy, CEO of Excalibur Insurance Group, suggested on Wednesday at the Insurance-Canada.ca Broker Forum, held at the Allstream Centre in Toronto. 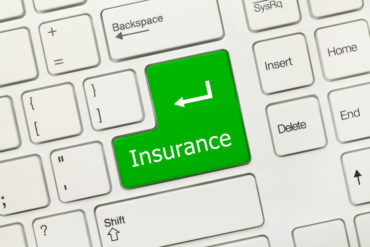 Roy was discussing the contentious decision in late January in which the Insurance Brokers Association of Ontario (IBAO) announced that it was formally suspending its sponsorship partnership with Aviva Canada “for the foreseeable future.” In a press release on Jan. 23, IBAO contended that the association received “overwhelming support” to take action following the latest direct-to-consumer offering leveraging the Aviva brand: the insurer’s partnership with Maple Leaf Sports and Entertainment for “team-branded” home and auto insurance directly to fans of Toronto’s Raptors and Maple Leafs sports team.

IBAO CEO Colin Simpson said at the time that “Aviva continues to leverage the Aviva brand for broker-distributed products and direct-to-consumer products, with an inconsistency around product availability and pricing – a strategy the IBAO believes promotes confusion for consumers.” An Aviva Canada spokesperson told Canadian Underwriter that the IBAO decision was “both surprising and disappointing” and the insurer was “having productive discussions with many brokers about how customers want to buy insurance and we are actively supporting our brokers.”

During the panel – titled Distribution in The InsurTech Age and moderated by Strategy Meets Action partner and chief research officer Mark Breading – Roy suggested that with the Aviva direct name, there is a “bigger play” if they do offer more products and the brand is recognized.

“If you give me more products, because I am going to lose products with reduced auto premiums, and you’re going to help me and that brand is recognized by my clients, there is some value there,” he said. “It is a murky thing, but as long as they give us a competitive price as a broker [and] give us the same tools too, I think they can do it.”

Roy noted that there are other companies with a “broker arm interrupter,” including Economical Insurance and Intact (and even RSA Canada and Johnson Insurance). “And then you have Aviva and this is where it is tricky because everybody is upset… with the Aviva name being used for both,” he said. “I struggle with it just like everybody else, but… to put the company that has helped you more in the penalty box I really struggle with.”

Another panel member, Randy Carroll, chief business officer at Client Desk and business consultant at Select Strategy Group, looked at distribution from an insurer standpoint. “I look at my distribution channel and it’s very mixed,” he said, suggesting that there are “earlier adopters” and “fast followers” in the minority and “the rest” as the majority.

“When I want to get out to that consumer, how do I do that given the structure of distribution, the distribution arm that has supported me for all these years and that will continue to support me?” he asked. “There has to be a conversation had that hasn’t happened yet between distribution and insurers as it relates to that topic, in my view. How do insurers figure out how they can support distribution for those that want to be supported?”

Ryan Spinner, head of innovation at Aviva Canada, discussed disruption from a customer standpoint. He said that customers want choice, but are “actually unsure of what they want and how they want to be treated within insurance,” adding that research has shown that the “direct channel is coming down.”

“If the customer has a choice, they are probably going to take the quickest, fastest, most convenient model to purchase,” Spinner argued. “And I think that is the challenge for everyone – to be in the right place, right time, with the right product and proposition. Whoever can provide that in the most simplistic form will win.”