Health insurers in the United States are advised to be vigilant in developing pandemic preparedness plans to respond to the new health risks associated with the Zika virus, notes a special report issued Friday by A.M. Best. 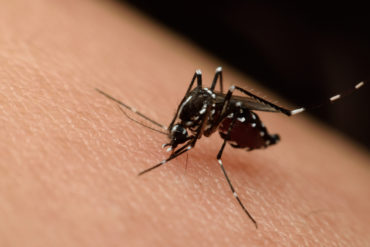 With arrival of the Zika virus south of the border, A.M. Best states that about two dozen cases have been confirmed in Florida via local mosquito transmission.

As well, almost every other U.S. state has reported cases, notes Spread of Zika Virus Brings New Risks and Uncertainties to Carriers and the Insured.

“The current Florida cases are geographically concentrated in a small region north of Miami,” A.M. Best reports in a statement.

“Insurers with significant Medicare and Medicaid business could be impacted disproportionately because the most severe medical complications from the virus impact pregnant women, newborns and the elderly,” it notes.

“The full health impact related to the Zika virus is still being researched,” A.M. Best points out. “Nevertheless, catastrophic cases of newborns with severe birth defects and, in some cases, deaths have occurred.”

A.M. Best notes coverage gaps exist. “Unfortunately, 89% of the population that falls within the coverage gap is located in the southern United States, the prime area for the spread of Zika,” the statement adds.

In late May, the World Bank Group announced it is creating the Pandemic Emergency Financing Facility (PEF), “an innovative, fast-disbursing global financing mechanism designed to protect the world against deadly pandemics, which will create the first-ever insurance market for pandemic risk.”

The PEF – which includes an insurance window that combines funding from the reinsurance markets, with the proceeds of World Bank-issued pandemic (Cat) bonds, as well as a complementary cash window – was built and designed in collaboration with the World Health Organization and the private sector.

The insurance window will provide coverage of as much as US$500 million for an initial period of three years for outbreaks of infectious diseases most likely to cause major epidemics.

“Parametric triggers designed with publicly available data will determine when the money would be released, based on the size, severity and spread of the outbreak,” adds the World Bank.

Expected to be operational later in 2016, the facility will “accelerate both global and national responses to future outbreaks with pandemic potential,” notes a statement from the bank.

“The analytic structure and modelling are the bedrock of risk-transfer programs like the PEF,” Priya Basu, manager of development finance for the World Bank, notes in a statement from AIR Worldwide.

In late July, AIR Worldwide further reported it had expanded its global pandemic model to include outbreaks of six additional diseases.

The model now explicitly accounts for nine pathogens, including bacterial and viral diseases, as well as the previously modelled influenza, coronaviruses (such as those responsible for SARS and MERS), and filoviruses (including Ebola and Marburg).

AIR Worldwide notes that all simulated outbreaks in the model can originate anywhere in the world. As well, the impact to 24,000 municipalities around the world is modelled.

“Emerging infectious diseases pose some of the biggest threats to the life and health of people around the globe,” says Doug Fullam, a senior manager of life and health modelling at AIR Worldwide.

The idea is to “help organizations anticipate the drivers of mortality and morbidity risk to facilitate optimal risk management, risk transfer and risk mitigation decisions to help them better prepare financially and, more important, on a humanitarian level,” Fullam points out.

Large-scale infectious disease pandemics can cause millions of deaths and billions – or even trillions – of dollars in economic and insured losses, he notes.

In May, the World Bank noted that recent economic analysis suggests the annual global cost of moderately severe to severe pandemics is roughly US$570 billion, or 0.7% of global gross domestic product.