Imagine when same-day insurance claims payments are a reality, without the need to overhaul any existing infrastructure.

That could become a reality sooner than you think. ISO 20022, an international payments messaging standard that supports electronic payments, is already in effect in Europe and is expected to migrate to Canada. “[ISO 20022] is becoming the standard for electronic funds transfers globally,” Payments Canada said in a press release on Feb. 6.

The standard enables the transfer of rich data with payments. 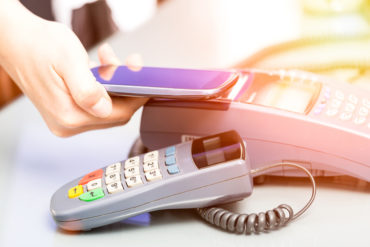 “Imagine, if you will, a time when the data and the payment travel together,” said Justin Ferrabee, chief operating officer with Payments Canada, in an interview with Canadian Underwriter. He uses the example of a customer who submits an invoice for an insurable service on their mobile device, and immediately receives a statement of how much the insurer will cover. With the click of a button, the insured can accept, decline or dispute the insurance claim amount; if accepted, the insured receives the claim payment immediately.

“That’s better for a customer,” Ferrabee said. “But that’s also better for the back office reconciliation of an insurance company.”

Right now, the payment chain usually involves a payment through a bank, which goes to the customer, followed by paperwork in the mail (a copy of a claim statement saying what has been approved and not approved). “It’s a process of reconciling all the time,” Ferrabee said. “That’s enormously inefficient.”

Separate accounts payable and receivable departments, and all their associated functions, are creating issues for the consumer, Ferrabee said. “Because they have that process that slows things down, because they have that process that disconnects the payment from the reconciliation, all those things in the back office are causing poor customer service,” Ferrabee said.

“By allowing data to travel with payments, by allowing payments to go more quickly, and by allowing payments to be final,” there is no longer any need for a consumer to take a cheque to the bank, Ferrabee said. Gone is the irritating experience of banks putting paper cheques on hold for days. Gone also are the days when a consumer is annoyed by the insurance company’s roundabout way of processing a claims payment.

“We’d like to bring that down so it’s more seamless,” Ferrabee said. “It’s [faster] and people are getting what they are looking for and we enabling that with modernization.”

Insurance companies are one of the largest users of the payment system in Canada. This includes large wire payments that need to be settled the same day, corporate payments, and small, individual payments. Insurers need to have ready access to funds — be it money coming in from premium payments, or claims going out — and a rigorous process to ensure everything is legitimate and customers know what they are getting. “The inefficiencies that happen are when all those things have to coordinate,” Ferrabee said. “You’ve got that whole chain that has to work.”

Payments Canada began on a multi-year modernization initiative in mid-2015 to modernize the payments infrastructure in the country so that it is more current, stable and secure, as well as to improve its efficiency. It estimates the current way Canadian businesses process payments costs them between $2.9 billion and $6.5 billion annually.