Two storms this summer across Saskatchewan and Alberta caused a total of $120 million in insured damage, according to initial estimates from Catastrophe Indices and Quantification Inc. (CatIQ).

Large hail — tennis ball-sized, or up to 6.5 cm in parts of Saskatchewan, and up to ping pong ball-sized (3.5 cm) in Alberta — damaged homes and vehicles in both provinces. Strong winds (140 km/h in Regina and 122 km/h in Gilt Edge, Alta.) downed trees and power lines, leaving many without power for hours. 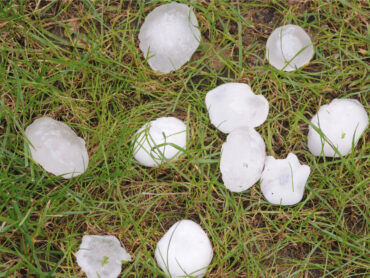 Foam Lake is in southeast Saskatchewan, a 374-kilometre drive from North Battleford, in west-central Saskatchewan.

“Again this summer, Canadians across the Prairies had their homes, vehicles and businesses damaged by heavy storms,” said Aaron Sutherland, vice-president of IBC’s Western and Pacific region. Damage caused by hail and wind is typically covered by home, commercial and comprehensive auto insurance policies.

“As our climate changes, the frequency and severity of weather events is on the rise, and so too are the financial costs borne by insurers and taxpayers,” added Sutherland. “Nowhere is this more true than in Alberta. Of the 10 most costly natural disasters in Canadian history, six of these have hit Alberta.”

Alberta also holds the record for the most expensive NatCat in Canadian history, with the 2016 Fort McMurray wildfire that cost nearly $4 billion in damages. The next highest loss, at $3.5 billion, was in 2013 and included the flooding in southern Alberta.