In ruling against the strata unit owner, the Civil Resolution Tribunal of British Columbia found that the strata corporation was not negligent in preventing the infestation because it had followed the advice of its longstanding pest control contractor, even if that advice may have been wrong.

“When a strata corporation retains a professional to perform its maintenance and repair obligations and reasonably follows that professional’s advice, the strata corporation has fulfilled its statutory duty, even if that professional was wrong,” CRT Tribunal Member Lynn Scrivener wrote in her decision, released Monday. “So, even if the pest control contractor was wrong about the nature or extent of work required to deal with the rodents, it was reasonable for the strata to rely on the contractor’s advice.”

In November 2019, a dishwasher flood damaged the strata lot of Iwona Gerlich, who made an insurance claim as a result. The restoration company’s inspection report identified the cause of the loss as “[m]ice chewed the supply line to the dishwasher.” The flood damaged the kitchen, living room and hallway, and Gerlich told the tribunal that she had to live outside the strata lot for a time while the damage was being repaired.

Gerlich says that she found droppings and a dead mouse in her strata lot when she first moved into it in 2010. Soon after, she started to see mice inside her strata lot. She said she first raised the issue with the strata in a July 6, 2011 email to its property manager. 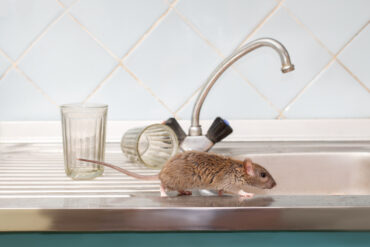 For its part, the strata corporation claimed to have done its due diligence by following the advice of the pest control contractor that it had retained since 2002. Its invoices indicate that it services the building once a month, as well as addressing pest-related issues as they arise. Emails in evidence showed the strata’s property manager responded to Ms. Gerlich’s complaints by attempting to arrange site visits from the pest control contractor, although it was not clear how many visits had been made.

In September 2020, the strata corporation sought a second opinion about its pest control options from two different companies, neither of which offered fumigation services for rodent control.

In a Sept. 24, 2020, an email from one of the reps of the two companies stated there is no “end all” solution for mice, because they are “one of the hardest pests to get rid of once a building is already infested.” The company’s proposal was to install bait stations at interior and exterior locations of the building and provide recommendations for “any areas with increased activity.”

The tribunal noted the two companies offering second opinions offered “a very similar scope of services to those provided by the existing pest control contractor.”

The existing contractor believed that its existing monthly service of placing and inspecting bait stations, responding to reports of activity (including inside strata lots), and making appropriate recommendations “are and have been adequate to control exterior and interior pest populations.”

Even if this opinion may well have been wrong, Scrivener found, the strata corporation was not negligent in handling Gerlich’s complaints because it had followed its contractor’s advice.

More News
Related
Condo flooding liability 101
How an insurer in an “underinsured” auto case reduced its exposure by more than $452K
A province’s second effort to limit auto trial experts is enacted into law
Co-operators has no duty to defend a “novel” data policy exclusion: Appeal court