Strata’s ‘quick fix’ repair doesn’t have to be perfect: tribunal

A British Columbia strata corporation is not negligent in attempting to fix a leaking skylight by re-caulking instead of replacing it, even though the skylight started leaking later, the province’s civil resolution tribunal found in a ruling released Tuesday. 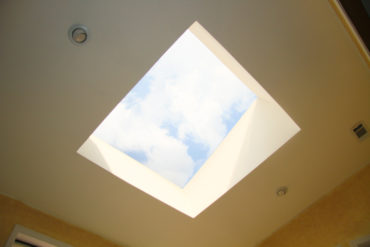 Karen Mellor owns a unit in a strata complex of 28 townhouses.

The strata corporation hired a contractor in 2010 to assess Mellor’s skylight after she reported it leaking, CRT vice chair Shelley Lopez wrote in her ruling against Mellor, cited as Mellor v. The Owners, Strata Plan KAS 463.

“The contractor advised that the best fix would be replacement, but that a less expensive ‘quick fix’ to ‘stop the small amount of water coming in’ would be to re-caulk it to make it water tight,” Lopez added. “Due to financial concerns, the strata opted re-caulk it.”

The skylight started leaking again and “in 2015, the strata once again determined that re-caulking the skylight was appropriate,” Lopez wrote in her ruling Jan. 9, 2018.

In January, 2017 Mellor complained again of the leaking skylight. A “new skylight was installed” before the strata council met this past April, Lopez wrote.

Mellor complained her ceiling was damaged but Lopez did not order the strata to repair the textured portion of the ceiling around the skylight opening. Lopez was not convinced that water leaking in through the skylight was in fact the cause of damage to her ceiling.

Lopez agreed with the strata corporation that the standard is not perfection or even the “best” approach to maintenance and repair of common areas. “Rather, the strata must act reasonably and take some action to complete necessary repairs.”

The evidence “does not establish that the strata was negligent for relying upon the contractor’s advice that caulking was an option, albeit not the best one,” she wrote, citing case history, including the B.C. Supreme Court ruling in The Owners of Strata Plan NWS 254, released in 2016.

In that case, the Supreme Court upheld a Provincial Court of B.C. ruling ordering a strata corporation to pay Josh Hall nearly $4,000 to reimburse Hall for replacing his strata unit’s four windows and patio door.

Hall had reported condensation, leaks and mould around his windows and door and was offered $742 to re-seal the four windows and patio work. But after seeking advice from contractors, Hall opted to replace the doors and window and the trial judge found that the “state of the windows was so poor” that the strata corporation’s proposed solution would not have fixed the problem.

“In resolving problems of this nature, there can be ‘good, better or best’ solutions available,” B.C. Supreme Court Justice Ian Josephson wrote in Weir. “Choosing an approach to resolution involves consideration of the cost of each approach and its impact on the owners.”

When a strata corporation chooses a “good” solution rather than the “best” solution to a building maintenance issue, that approach is not unreasonable, Justice Josephson wrote.

He added that strata corporation must act in the best interests of all the owners and endeavour to achieve the greatest good for the greatest number. This “involves implementing necessary repairs within a budget that the owners as a whole can afford and balancing competing needs and priorities.”

1 Comment » for Strata’s ‘quick fix’ repair doesn’t have to be perfect: tribunal