How subrogated claim leads to landmark win for Guarantee

A $1.9-million surety bond claim has resulted in a landmark court decision in favour of The Guarantee Company of North America.

A-1 Asphalt Maintenance Ltd. went bankrupt in 2014. At that time it was a contractor on four road-paving projects in Ontario. As a result of A-1 Asphalt’s bankruptcy, the Guarantee Company paid out nearly $1.9 million on surety bond claims.

Some property and casualty insurers – the Guarantee, among them – write labour and material payment bonds. Those are intended to compensate subcontractors and suppliers if a general contractor fails to pay them what it owes. 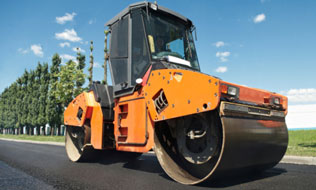 In 2014, A-1 had three projects with the City of Hamilton and another with the Town of Halton Hills. Those municipalities owed A-1 more than $675,000. They handed that money over to a court-appointed receiver.

Normally when a company goes bankrupt, a receiver is appointed to take the company’s assets and pay it out to creditors. A-1’s creditors include the Royal Bank of Canada.

Meanwhile, The Guarantee is subrogating the claim it paid out on the bonds. This means, in essence, that the Guarantee wants to recover as much of the $1.9 million as it can from A-1’s assets.

The federal Bankruptcy and Insolvency Act stipulates that the property of a bankrupt company cannot be divided among creditors if that property is held in trust for another person. The $675,000 paid by Hamilton and Halton Hills should be considered a trust, The Guarantee argued in court.

Royal Bank essentially wanted the $675,000 to be available to be distributed to all of A-1’s creditors and not set aside specifically for construction workers and subcontractors on the paving projects. This would mean the Guarantee could get some of that money, but so could other creditors, on a pro-rated basis.

Initially The Guarantee lost. In Royal Bank of Canada v. A-1 Asphalt Maintenance Ltd., an Ontario Superior Court of Justice ruling released in January, 2018, Judge Barbara Conway ruled in favour of RBC. Conway was not convinced that the money paid by the municipalities to the receiver was in fact a trust and therefore excluded from A-1’s property to be distributed to creditors under bankruptcy proceedings.

Her ruling was overturned in The Guarantee Company of Canada v. Royal Bank of Canada, a unanimous ruling by five judges released Jan. 14, 2019.

That law has the effect of altering priorities (of which creditors are paid first) in a bankruptcy proceeding, RBC argued.

But the Court of Appeal for Ontario suggested that the Construction Lien Act is not an attempt by the Ontario to indirectly re-order priorities in a bankruptcy proceeding.

A trust under the Construction Lien Act “must be seen as an integral part of the scheme of holdbacks, liens and trusts, designed to protect the rights and interests of those engaged in the construction industry and to avoid the unjust enrichment of those higher up the construction pyramid. That purpose exists outside the bankruptcy context,” Judge Robert Sharpe of the Court of Appeal for Ontario wrote in The Guarantee.