Commercial brokerages and carriers have confirmed in a test case scenario that they can successfully exchange claims data from a first notice of loss (FNOL) form electronically, beginning and ending in the broker management system (BMS). 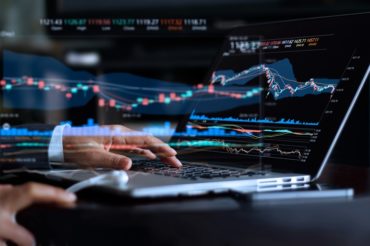 In the Toronto Insurance Council (TIC)’s FNOL Proof of Concept project, a BMS was able to send claims data from a FNOL to the carrier electronically in real time. Within a few seconds, the insurer systems returned a message to the BMS that the claim had indeed been opened to be addressed by their staff, thus completing the round-trip data exchange.

While the FNOL proof of concept was deemed by participants to be “unqualified success,” TIC noted it would be a while yet before a full dialogue between systems would be possible throughout the claims process.

Polling technology essentially allows the broker’s system to make calls out to carrier systems automatically on a regular, scheduled basis, to pick up any messages sent out by the carrier.

Brenda Rose, chair of the TIC’s initiative, provides the following example of polling: “A claim is uploaded to the carrier. In the initial exchange, we (brokers) receive confirmation and are advised of the insurer’s claim number. Later on, the Insurer assigns an adjuster.

“It would be useful if that information could be sent out to the BMS, along with his or her contact details, automatically; so the BMS needs a mechanism to open up and ‘poll’ for those update messages.”

This broader scope of claims data exchange is still many steps down the road. “The FNOL proof-of-concept is one step in our industry’s progress, along with a soon-to-be-launched repository for shared services, and upcoming IBAC D/X Working Group, focusing on additional specific implementation areas,” the TIC White Paper reads.

The initiative followed from a TIC white paper published in May 2017, Commercial Technology Integration: It’s time to cut the costs out. The paper referenced the need to focus on “the insurance industry’s unnecessarily inefficient and costly communications processes, and the innate wastefulness of proprietary arrangements.”

The process for submitting first notice of loss on a claim was selected for being a prime example of the inefficiency of data exchange between the broker BMS and the carrier systems.

“There is little consistency in how information is collected or shared,” the TIC white paper says. “Even at the initial stage of reporting a claim, brokers face different instructions from each carrier, and may wait days for a simple acknowledgement to share with the customer. Subsequent updates may be even less reliable.

“Certainly, an improved and consistent approach to facilitate claim reporting delivers an immediate enhancement of the customer’s experience.”