SASKATOON – A summer storm that swamped Saskatoon submerged streets, knocked out power in some neighbourhoods and forced a city mall to close. 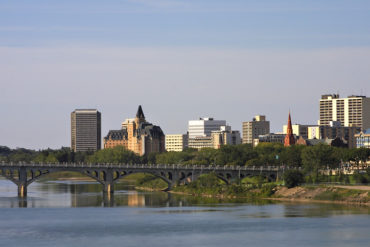 Market Mall shut down Tuesday afternoon after rain, which dumped more than 50 millimetres on some parts of the city and flooded parts of the shopping centre.

Saskatoon police warned drivers to stay out of any flooded streets or intersections, saying the water could stall an engine.

Saskatoon Light and Power says some customers lost power when trees fell on some lines during the storm, and the city reported that operations its landfill and various city pools were being suspended due to adverse weather.

There were also reports that some homes flooded.

The water had receded from most areas by late afternoon.