Insurance programs for connected and autonomous vehicles (CAV) in the United Kingdom may be applicable to Canada as well, according to a recent survey from Canada’s association of provincial insurance regulators.

In the U.K., the Automated and Electrical Vehicles Act 2018 introduced the notion that an insurer can be held liable for a collision caused by an automated vehicle when it’s not under the control of a human driver. (The U.K. act does not specify levels of vehicle ‘automation.’) The act gives people in the U.K. a potential route to compensation through insurance instead of pursuing a product liability lawsuit against the driver.

In the U.K., policy exclusions exist for situations in which someone alters the software or fails to install critical updates. And insurers can pursue auto manufacturers for reimbursement if they can prove the manufacturers are responsible for the injuries or damage.

A similar approach would be feasible in Canada, according to 17 out of 20 government and P&C insurance industry associations polled by the Canadian Council of Insurance Regulators (CCIR) during February and March of 2020. 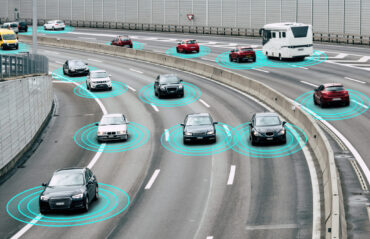 “Many recommended the use of a single insurance policy covering driver negligence and the automated technology,” the CCIR noted in its issues paper, Connected and Automated Vehicles and Their Impact on the Automobile Insurance Market, published in January 2021. “The single insurance policy would be a more straightforward claims process for the injured person. The injured person could pursue a liability claim against the insurer of the automated vehicle. After paying the liability claim, the insurer of the automated vehicle could try to recover part of that payment from the vehicle manufacturer or technology provider or other responsible party.”

This approach, the paper contends, would allow anyone who has been injured in a vehicle collision involving an automated car to get the treatment they need in a timely manner and focus on recovery no matter who is at fault or responsible. “This approach puts consumers first, which is important.”

The CCIR paper notes that it took two years for the National Transportation Safety Board, an independent U.S. federal government agency, to determine fault when a driver of a Tesla Model X died while using the “autopilot” function on Highway 85 in Silicon Valley.

In March 2018, Walter Huang’s 2017 Tesla Model X P100D veered out of its lane and into a center divider. Before that fatal crash, Huang had complained about the feature veering out of its lane at that location on multiple occasions, according to documents made public by the National Transportation Safety Board (NTSB) in advance of a hearing to determine the cause of death.

In Canada, the Insurance Bureau of Canada has proposed a single insurance policy covering driver negligence and automated technology. Like the U.K. approach, in a collision caused by a technological defect, the IBC framework would allow Canadian insurers to recover a portion of liability from the party responsible for the malfunction or if the owner or operator failed to maintain safety-critical software. The IBC framework would also cover people in a collision caused by a cyber breach. 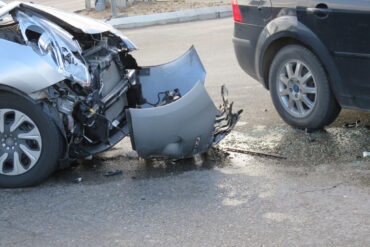 In typically Canadian fashion, the CCIR study shows a mixed response as to whether the single insurance policy approach would be feasible for all Canadian provinces. (Seven out of 20 said ‘Yes,’ while eight said ‘Not Sure.’)

Government and industry associations polled by the CCIR seemed “divided as to who should be responsible in the event of an accident involving an autonomous vehicle,” the CCIR observed. “For many, it depends on the level of autonomy of the vehicle at the time of the accident and whether the driver is required to be engaged…

“However, for collisions involving fully autonomous vehicles, the industry is unanimous that the responsibility would be with the vehicle manufacturer and the provider of any software associated with the vehicle.”

The CCIR is using the issues paper as a means to engage the industry in a discussion on how to adapt to the introduction of automated cars to Canadian roads. A majority of those polled expected automated cars to be on public roads in five to 10 years, and yet most said they didn’t feel prepared for their arrival.

“Many insurers believe it is too early to predict how autonomous vehicles will change their business models and how the distribution of [auto] insurance products will be changed,” the CCIR said of the survey result. “Several insurers indicated a preference to wait and see the nature of the legislative measures proposed before beginning their analysis and work.”