Canada’s highest court will hear Tuesday arguments in favour of and against a two-part test – for imposing personal liability on a corporate director for “oppressive” corporate conduct – proposed by a director who was sued for nearly $4.7 million. 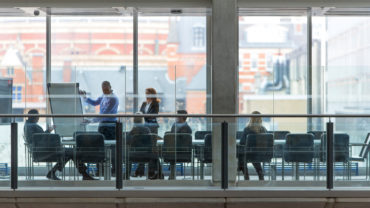 Andrus Wilson is appealing a Quebec Court of Appeal ruling, released in 2015, which upheld an award of more than $600,000 against Wilson and Hans Black, who were on the board of directors of Wi2Wi Corp. in June, 2007.

The oppression remedy claim, under the Canada Business Corporations Act, was filed by former Wi2Wi CEO Ramzi Al-Harayeri, who had been issued common and preferred shares.

Al-Harayeri initially sought an award of $4.693 million from Wilson, Black, David Tahmassebi and Rob Roy, all of whom were Wi2Wi board members. Most of Al-Harayeri’s arguments were rejected by Mr. Justice Stephen Hamilton of the Quebec Superior Court, District of Montreal who released his ruling Jan. 28, 2014.

Justice Hamilton did make findings against Wilson and Black, awarding Al-Harayeri $648,310, plus interest and additional indemnity.

Wi2Wi’s articles of incorporation stipulated how Al-Harayeri’s preferred shares could be converted into common shares. Justice Hamilton ruled that the Wi2Wi board “acted in complete disregard for the rights of the holders of the A Shares” when proceeding with a private placement – of secured notes – which diluted the value of Al-Harayeri’s stock.

Justice Hamilton’s ruling was upheld by Quebec’s appeal court. Wilson then appealed to the Supreme Court of Canada, which announced Nov. 21 that it will hear the appeal Nov. 29.

Canada’s oppression remedy law is spelled out in CBCA Section 241, which allows parties to sue corporations for conduct that is “oppressive or unfairly prejudicial to or that unfairly disregards the interests” of the plaintiff.

“The oppression remedy focuses on harm to the legal and equitable interests of stakeholders affected by oppressive acts of a corporation or its directors,” the Supreme Court of Canada stated in its ruling in BCE Inc. v. 1976 Debentureholders, released in 2008.

In his factum, Wilson proposes a two-part test for imposing personal liability on director for oppressive corporate conduct.

“The oppressive conduct – though ultimately the conduct of the corporation – must be properly attributable to an individual director or subset of directors,” Wilson wrote. In the second part of the test, Wilson suggested that the “individual director against whom personal liability is sought must have used his or her position to obtain a personal benefit at the expense of the oppressed party.”

That two-part test is “unduly restrictive,” Al-Harayeri argued in his factum.

“The inherently equitable and fact-specific nature of the oppression remedy requires a flexible approach that allows courts to take into account the context of each case,” Al-Harayeri stated, citing the 2008 BCE ruling.

“To determine what is just and equitable in a given situation, a court must look to the context, the relationships at play and the reasonable expectations of the shareholders,” Al-Harayeri stated.

The BCE case arose in 2007 when a group led by the Ontario Teachers Pension Plan Board proposed a $52-billion plan to take Bell Canada Enterprises private. That plan of arrangement was cancelled around the time the Supreme Court of Canada restored, in 2008, a Quebec court ruling in favour of the telecommunications carrier. Three groups of debenture holders opposed the deal, under CBCA’s oppression remedy, on the grounds that it would reduce the value of their debentures.

In BCE, the Supreme Court of Canada “deliberately chose to refrain from providing an exhaustive list or catalogue of the reasonable expectations of stakeholders or the available remedies in an oppression suit,” Harayeri stated in his filing.

However, Wilson argued that the Quebec Court of Appeal “muddied the waters by expanding the scope of personal liability for oppression beyond acceptable bounds.”

For example, minutes of board meetings were used as evidence of Wilson’s role.

In his factum, Wilson argued that “where a director simply takes a lead role in the discussion at the Board level or obtains, in good fair, an incidental benefit, that is not, by itself, sufficient to meet the test.”

In September, 2007, pursuant to a private placement of secured notes, “each shareholder was entitled to subscribe for $1.00 of convertible secured notes of Wi2Wi … for every two common shares of Wi2Wi currently owned,” Justice Hamilton added.

That conversion “had a very serious dilutive effect on the common shares and on their voting rights and value, and therefore, by ricochet, had a similar effect on the B Shares,” Justice Hamilton wrote. “No steps whatsoever were taken by the Board to protect the holder of the B Shares from that prejudice.”

The private placement “did not include any offer or any other provisions for the holders of A or B Shares,” Justice Hamilton found. “As a result, the A and B Shares remained convertible into 1,223,227 common shares, but the value and voting power of those common shares dropped dramatically as a result of the dilution pursuant to the Private Placement. There was nothing that the holder of the A and B Shares could do to avoid that loss.”

More News
Related
Supreme Court ruling against electronics firm director raises concern of increasing exposure of individuals to oppression remedy claims
BHSI launches professional liability, network security and privacy policy in Canada
Exclusion clause for ‘conversion’ in comprehensive auto policy ‘does not come close’ to being easily intelligible: Court
Directors can be sued under oppression remedy even when they did not personally benefit from conduct: Supreme Court