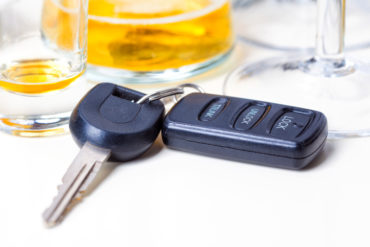 The Supreme Court of Canada announced this week that on Thursday it will release its decision on whether it will grant David McLennan leave to appeal a 2016 ruling by the Court of Appeal for Ontario.

It is an offence, under Section 249 of the Criminal Code of Canada, to drive “a motor vehicle in a manner that is dangerous to the public, having regard to all the circumstances, including the nature, condition and use of the place at which the motor vehicle is being operated and the amount of traffic that at the time is or might reasonably be expected to be at that place.”

In July, 2008 McLennan was driving his vehicle in Amherstburg when the right wheels dropped off the road after completing a curve. Court records indicate he lost control after attempting to pull the vehicle back on to the road. His son, who was a passenger in the vehicle, died as a result of the accident.

In 2013, McLennan was convicted of dangerous driving causing death and sentenced to nine months’ imprisonment, two years’ probation and a one-year driving prohibition. That was upheld by the Court of Appeal for Ontario in a ruling released Oct. 6, 2016. McLennan has applied for leave to appeal to the Supreme Court of Canada.

The “real dispute” between McLennan and the crown is over his consumption of alcohol hours before the accident. McLennan was acquitted of impaired driving.

A question is “what, if any, use can the jury make of the admitted consumption of alcohol by the appellant in its consideration of the dangerous driving charge?” wrote Madam Justice Jean MacFarland of the Court of Appeal for Ontario.

The Crown argues that “the mere fact” that McLennan “had consumed some alcohol was a relevant factor for the jury in deciding whether a reasonable and prudent driver would not drive in the manner in which the appellant drove, and certainly would not drive in that manner after drinking anything at all,” Justice MacFarland added.

In upholding McLennan’s conviction, the Court of Appeal for Ontario cited several cases, including a decision released Sept. 30, 2010 by Court of Appeal for British Columbia against Brian Settle, in connection to an incident in September, 2006. In upholding Settle’s conviction, B.C.’s appeal court cited the 2008 ruling by the Supreme Court of Canada in favour of Justin Beatty, who had been acquitted by a trial judge of three counts of dangerous driving causing death.

The B.C. Court of Appeal had set aside Beatty’s acquittals and ordered a new trial, but his original acquittal was restored by the Supreme Court of Canada.

The Beatty ruling was “a clarification of the mens rea of the offence” of dangerous driving, the B.C. appeal court suggested in Settle. “Evidence of an accused’s state of mind can be a relevant consideration in assessing an accused’s moral culpability in determining if his or her conduct as a whole, including driving conduct, constitutes a marked departure from the standard of a reasonably prudent driver.”

The Beatty ruling “opened the door to including, in a consideration of the mens rea of the offence of dangerous driving, evidence of an accused’s state of mind, including evidence of the voluntary consumption of alcohol prior to driving,” the B.C. court of appeal added in Settle. “That evidence, when considered with evidence of driving conduct, may demonstrate a ‘pattern’ of conduct that shows a disregard for the safety of others using the highway, which in its totality may be sufficient to establish a marked departure from the standard of a reasonably prudent driver.”

In applying case history to McLennan’s charges, the Court of Appeal for Ontario found that it is “not inappropriate in considering whether a driver’s conduct is a marked departure from that of a reasonable driver in similar circumstances, to consider whether or not that person has consumed alcohol and if so to what degree before operating the motor vehicle,” Justice MacFarland wrote. “It goes to mindset and a willingness to assume risk.”

“Alcohol consumption, short of impairment, is a relevant factor for the trier of fact in considering the mens rea element of the offence of dangerous driving,” Justice MacFarland wrote.

In the McLennan, Beatty and Settle rulings, the courts also cited the 1993 ruling from the Supreme Court of Canada against Surinder Hundal, who was convicted by a B.C. court of dangerous driving causing death. Hundal had been driving an overloaded dump truck in Vancouver when he struck another vehicle.

In assessing whether an accused was driving in a manner “dangerous to the public, having regard to all the circumstances, including the nature, condition and use of such place and the amount of traffic that at the time is or might reasonably be expected to be on such place,” a trier of fact “should be satisfied that the conduct amounted to a marked departure from the standard of care that a reasonable person would observe in the accused’s situation,” Mr. Justice Peter Cory of the Supreme Court of Canada wrote in Hundal.

“Driving can only be undertaken by those who have a licence,” Justice Cory added. “The effect of the licensing requirement is to demonstrate that those who drive are mentally and physically capable of doing so. Moreover, it serves to confirm that those who drive are familiar with the standards of care which must be maintained by all drivers. There is a further aspect that must be taken into consideration in light of the licensing requirement for drivers. Licensed drivers choose to engage in the regulated activity of driving. They place themselves in a position of responsibility to other members of the public who use the roads.”