The Supreme Court of Canada announced Thursday it will hear an appeal from a subcontractor on an oilsands project who is trying to sue a general contractor for failing to inform it of the existence of a surety bond. 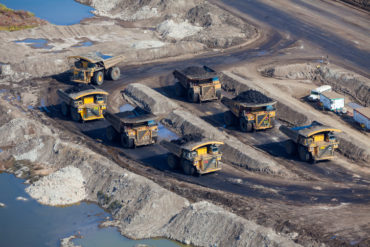 Court records indicate that Langford Electric Ltd. was a subcontractor to Bird Construction Company, which required Langford to obtain a labour and material payment bond. Langford was issued a bond by the Guarantee Company of North America.

Bird Construction was general contractor to Suncor Energy on a project near Fort McMurray, Alberta.

A third contractor – Valard Construction Ltd. – was a subcontractor to Langford Electric. Valard was not fully paid for its services and tried to make a claim on the bond, but The Guarantee “denied the claim on the basis that Valard had not provided timely notice,” wrote Mr. Justice Gerald Verville, of the Alberta Court of Queen’s Bench, in a ruling released Feb. 27, 2015.

Valard sued Bird, claiming that Bird “had a fiduciary duty” to inform Valard of the existence of the bond. The lawsuit was dismissed by the Alberta Court of Queen’s Bench. Valard was unsuccessful on appeal to the provincial appeal court, which issued a divided ruling last year.

“Bird was not obliged to provide notice” to Valard of the existence of the bond, Justice Verville ruled. “In any event, a simple standard inquiry by Valard would be a more reliable means of obtaining the information. While it may be that employees of subcontractors may not always be aware of the possibility of a bond, this does not explain why a large and sophisticated entity such as Valard would not have in place a mandatory protocol under which bond information is requested on all subcontracts, especially given the state of the law on the issue. In this case, we are not dealing with the disadvantaged and infirm, but rather with a large sophisticated company with five or six hundred employees in Canada which has its own surety or bonding company.”

Neither Langford nor The Guarantee are parties in the case.

Valard was contracted by Langford to perform directional drilling between March and May, 2009. The following year, Valard filed a statement of claim against Langford and obtained a default judgment of $660,000.17.

“On April 19, 2010, Valard made an inquiry of Bird as to whether there was a Bond,” Justice Verville wrote. “Bird responded in the affirmative and provided contact information” for The Guarantee. Valard then submitted a claim to The Guarantee in 2010, which The Guarantee denied because Valard failed to provide notice “within 120 days after the date upon which it performed the last of the work.”

Valard sued The Guarantee and added Bird as a defendant and then discontinued its suit against The Guarantee.

The bond uses a form issued by the Canadian Construction Documents Committee and is “explicit that the respondent obligee/trustee is not obliged to do or take any act, action or proceeding against the surety on behalf of the claimants to enforce the provisions of the bond,” wrote Madam Justice Frederica Schutz of the Alberta Court of Appeal.

“The bond imposes no positive obligations of any other kind upon the respondent.”

More News
Related
Business interruption payouts should be based on historic results even in post-disaster economy: AEIC speaker
Lawsuit against employers by federal worker, arising from head injury, may reach Supreme Court of Canada
Courts can award damages for mental injury without psychiatric diagnosis: Supreme Court of Canada
Insurer can dispute conviction of driving without insurance in accident benefits priority dispute