A bank holding a mortgage on property that a creditor is attempting to seize from the property owner is not precluded, by the Personal Information Protection and Electronic Documents Act, from disclosing the mortgage discharge statement to the creditor, the Supreme Court of Canada suggested in a ruling released Thursday. 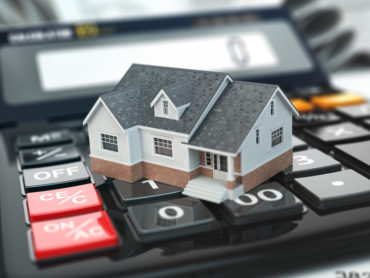 Court records indicate that in 2008, RBC loaned Phat and Phuong Trang $35,000. The Trangs defaulted on the loan and RBC obtained a judgment against the Trangs for more than $26,000.

RBC filed a writ of seizure and sale on property owned by the Trangs in Toronto, on which Scotiabank holds the first mortgage.

Court records indicate the Trangs did not appear at an examination in aid of execution, so RBC requested the mortgage discharge statement from Scotiabank, which refused, arguing it was precluded by PIPEDA.

“In general, PIPEDA prohibits organizations from disclosing ‘personal information’ without the knowledge and consent of the affected individual,” Justice Côté wrote, adding there are exceptions.

In a decision released in 2012, the Ontario Superior Court of Justice ruled in favour of Scotiabank. This ruling was upheld on appeal, in a divided decision.

But the Supreme Court of Canada found that the Trangs had actually “consented” to the disclosure of their mortgage statement, and therefore “Scotiabank is not precluded by PIPEDA from disclosing the mortgage discharge statement to RBC.”

So Scotiabank is being ordered to produce that discharge statement to RBC.

Charles and Bibi Pleasance bought property in Mississauga in 1995, obtaining a first mortage from Canada Trust and a second mortgage from Toronto Dominion.

Citi Cards obtained a judgment for more than $11,0000 and filed a writ of seizure and sale with the Sheriff of the Regional Municipality of Peel.

The Sheriff required a mortgage or discharge statement from the banks before initiating a sale, but in 2009, the banks refused to provide such a statement because they said it they were prohibited from doing so by PIPEDA.

The Court of Appeal for Ontario ruled in favour of the banks, finding that the mortgage information was “not collected or used for purposes of facilitating another judgment creditor’s execution on its judgment.”

In Trang, both the Privacy Commissioner and the majority of the Court of Appeal for Ontario ruled that the Trangs “did not impliedly consent to disclosure” of their mortgage discharge statement.

“The degree of sensitivity of specific financial information is a contextual determination,” Justice Côté wrote on behalf of Canada’s highest court in its unanimous ruling.

Justice Côté quoted from dissenting reasons written by Madam Justice Alexandra Hoy of the Court of Appeal for Ontario. Justice Hoy noted that when “mortgages are registered electronically on title, the principal amount of the mortgage, the rate of interest, the payment periods and the due date are made publicly available pursuant to the Land Registration Reform Act.”

Section 73 (c) of PIPEDA states that “an organization may disclose personal information without the knowledge or consent of the individual only if the disclosure is …. required to comply with a subpoena or warrant issued or an order made by a court, person or body with jurisdiction to compel the production of information, or to comply with rules of court relating to the production of records.”

The Supreme Court of Canada overturned a finding that this exception did not apply.

The majority of the Court of Appeal for Ontario had ruled that RBC could have invoked rule 60.18(6)(a), in the province’s Rules of Civil Procedure, in its court filings seeking production of the discharge statement.

But the Supreme Court of Canada countered that “the mere fact that the rule number was not pled is not fatal.”

Justice Côté added: “It would be overly formalistic and detrimental to access to justice to conclude that RBC must make yet another application, this time specifying rule 60.18(6)(a), to obtain the order it seeks.”

With the Land Registration Reform Act, the Ontario legislature “decided to make this information available to the public, in part to allow creditors with a current or future interest in the land to make informed decisions,” Justice Côté wrote. “Moreover, the common law recognizes that the implied obligation of a bank to not disclose information about those from whom it has obtained a security interest is subject to certain exceptions.”

The court found that there can be four exceptions: Where disclosure is under compulsion by law; where there is a duty to the public to disclose; where the interests of the bank require disclosure; and where the disclosure is made by the express or implied consent of the customer.