A pedestrian who was hit by a car is not able to sue the City of Kitchener and the Regional Municipality of Waterloo, Ontario because the Ontario Limitations Act bars the plaintiff from adding the municipalities as defendants to an existing lawsuit. 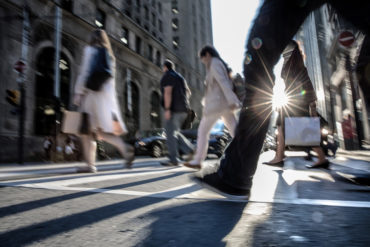 Lynda Arcari was struck by a car Dec. 2, 2009 as she crossed the street beside a crosswalk in Kitchener. She sued the driver a year later and the action was set to go to trial in 2015. That year, Arcari hired a new lawyer who claimed “the design and safety features (or lack thereof) at the crosswalk were contributing factors to the 2009 accident,” the Court of Appeal for Ontario noted in a ruling released Sept. 30, 2016.

In 2015, the Ontario Superior Court of Justice ruled that Arcari’s claim against the city and region were statute-barred. Section 4 of the Limitations Act stipulates that unless the Act “provides otherwise, a proceeding shall not be commenced in respect of a claim after the second anniversary of the day on which the claim was discovered.”

The Court of Appeal for Ontario upheld the Ontario Superior Court of Justice ruling, though it reduced the costs payable to the municipalities. Arcari applied for leave to appeal to the Supreme Court of Canada, which announced March 2, 2017 that her leave application is dismissed.

Arcari “submits that she has a reasonable explanation as to why she could not have discovered her claim against the respondents through the exercise of reasonable diligence,” the Court of Appeal for Ontario noted. “She hired an expert engineer who did not identify the respondents as having contributed to her injuries.”

But the appeal court suggested there was “no evidence” to support the argument that the issue of design and safety features was “so complex that it was not even obvious to the engineer.”

The appeal court added: “When a plaintiff’s motion to add a defendant is opposed on the basis that her claim is statute-barred, the motion judge is entitled to assess the record to determine whether, as a question of fact, there is a reasonable explanation on proper evidence as to why she could not have discovered the claim through the exercise of reasonable diligence.”