Canada’s highest court announced Thursday it will not hear an appeal from a municipality that was sued, under Ontario’s Occupiers Liability Act, by a cyclist who broke his neck after attempting to ride over an obstacle at an adventure park. 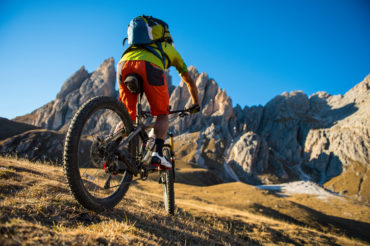 Stephen Campbell fractured his C6 vertebrae after falling off his bicycle in 2008 at the Bruce Peninsula Mountain Bike Adventure Park.

Campbell was riding his bike with his family and rode up to two wooden obstacles, dubbed Pee Wee and Free Fall.

The Free Fall obstacle was designed to let a rider “pedal the bicycle to ascend the wooden plank structure to its pivot point, which was 26 inches above the ground,” wrote Mr. Justice James MacPherson, of the Court of Appeal for Ontario, in a ruling in 2015. “At the pivot point, the teeter-totter would dip down and the rider would descend the other side of the plank structure until reaching the ground.”

Campbell did not have enough speed to make it over the pivot point. As a result, he went over the handlebars, fell and broke his neck.

Section 3 (1) of the Occupiers Liability Act states: “An occupier of premises owes a duty to take such care as in all the circumstances of the case is reasonable to see that persons entering on the premises, and the property brought on the premises by those persons are reasonably safe while on the premises.”

Section 3 (2) states: “The duty of care provided for in subsection (1) applies whether the danger is caused by the condition of the premises or by an activity carried on the premises.”

Mr. Justice Marc Garson of the Ontario Superior Court of Justice “found that the municipality had breached its duty in five ways,” Justice MacPherson of the Court of Appeal for Ontario wrote.

The municipality argued the lower court applied “an incorrect and overly onerous duty of care.”

The Court of Appeal disagreed, in its ruling released May 17, 2016. The Court of Appeal for Ontario found that Justice Garson “considered the knowledge, decisions and actions of the appellant with respect to the design, construction and operation of the Trials Area of the Park.”

Cases cited by the Court of Appeal for Ontario include the 1991 Supreme Court of Canada ruling in Waldick vs. Malcolm.

In 1984, Norman Waldick slipped and fell on ice at a home rented by his sister – Roberta Malcolm – and her husband. He sued the renters under the Occupiers’ Liability Act. In its 1987 ruling against the renters, the Ontario Superior Court of Justice cited a 1983 Ontario High Court of Justice ruling – in Biemann v. Bank of Nova Scotia – which established that “the statutory standard of care in Ontario has the effect of replacing the common law and places an affirmative duty on occupiers to make their premises reasonably safe.”

The ruling against the Malcolms, as renters, was upheld by the Court of Appeal for Ontario and again, in 1991, by the Supreme Court of Canada.

“The statutory duty on occupiers is framed quite generally, as indeed it must be,” Mr. Justice Frank Iacobucci of the Supreme Court of Canada wrote in Malcolm. “That duty is to take reasonable care in the circumstances to make the premises safe. That duty does not change but the factors which are relevant to an assessment of what constitutes reasonable care will necessarily be very specific to each fact situation — thus the proviso ‘such care as in all circumstances of the case is reasonable.'”